Henritch was a friendly Legendary monster. Everybody around him loved him. That was until, one day, a villain attacked his home and destroyed him. Glubu, who lived nearby, ran to Henritch’s house after hearing strange noises, only to find little pieces of Henritch lying all over the floor. He felt so sorry for his neighbor that he decided to take what was left of him to his lab. There, he inserted the bits and pieces into a videogame engine along with some Stardust. He was saving for a different project, but this seemed like the perfect occasion to use this precious resource.

Glubu’s experiment was successful, and now there’s a new version of Henritch, who has become a Cosmic Adventurer, ready to go after any villain who dares to stand in his way! 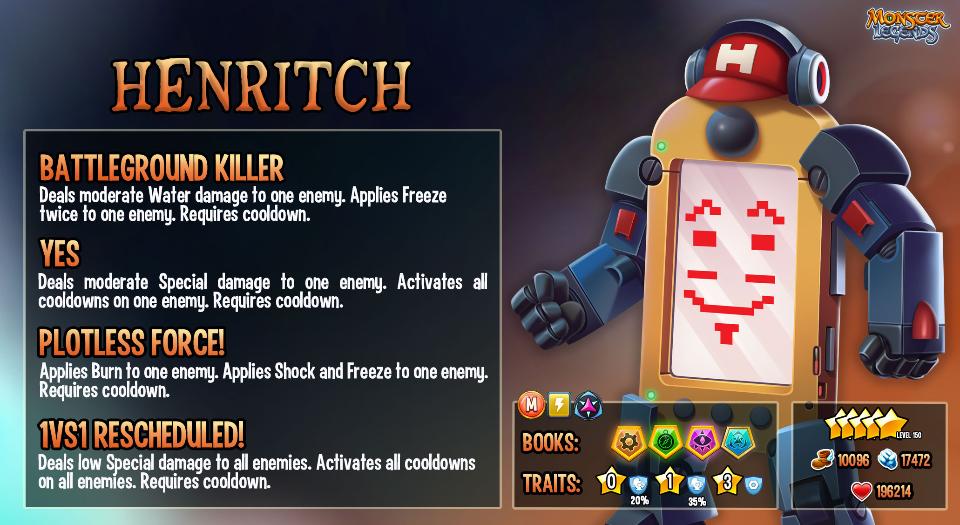 Henritch is a Thunder Control Artifact with Cooldown Activation skills. With one of his moves, he can Burn, Shock, and Freeze an enemy in one go! He can also apply double Freezes to make sure he hits. Henritch has an Evolving Trait: at rank 0, he's Hardened, he replaces this trait with Tough at rank 1 and, at rank 3, he becomes an Artifact. 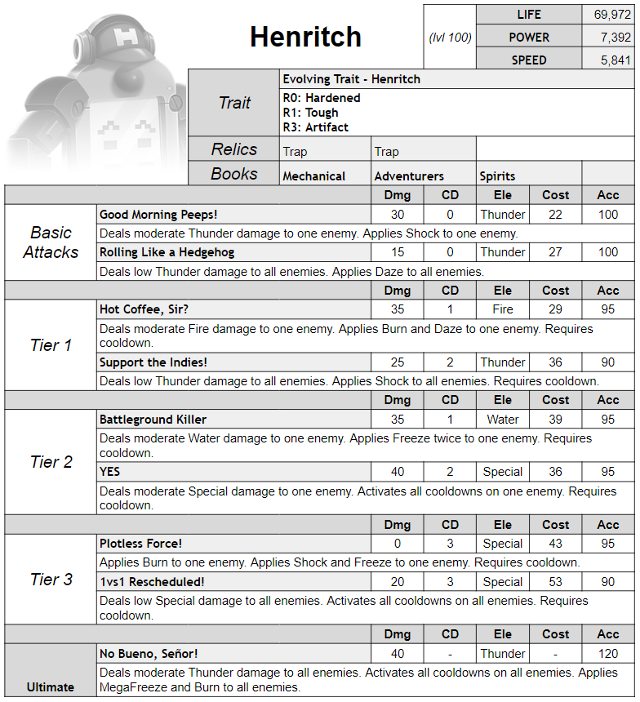