NEW monster in the Raiders of the Storm Maze: Lindworm

The Legendary villains have been looking for a Cosmic ally to turn the tables in their favor again, and it looks like they’ve finally found one. Lindworm is a mysterious dragon who can play with time, space and portals and, as they’ve learned the hard way, now it’s all about one portal in particular. Maybe Lindworm can help rid them of it and end the Cosmic Era? 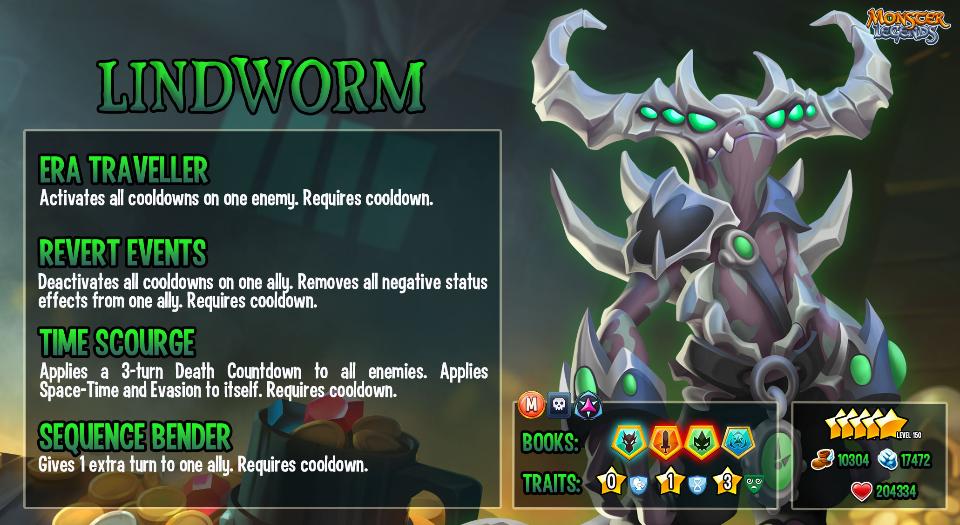 Lindworm is a fast Dark Support monster who gives extra turns to allies, applies Baby Reversion to enemies, and activates cooldowns. He has an Evolving Trait: at rank 0, he's Hardened, at rank 1, he gains Immunity to Cooldown Activation and, at rank 3, he becomes a Status Caster, gaining Immunity to Possession at the start of every battle. 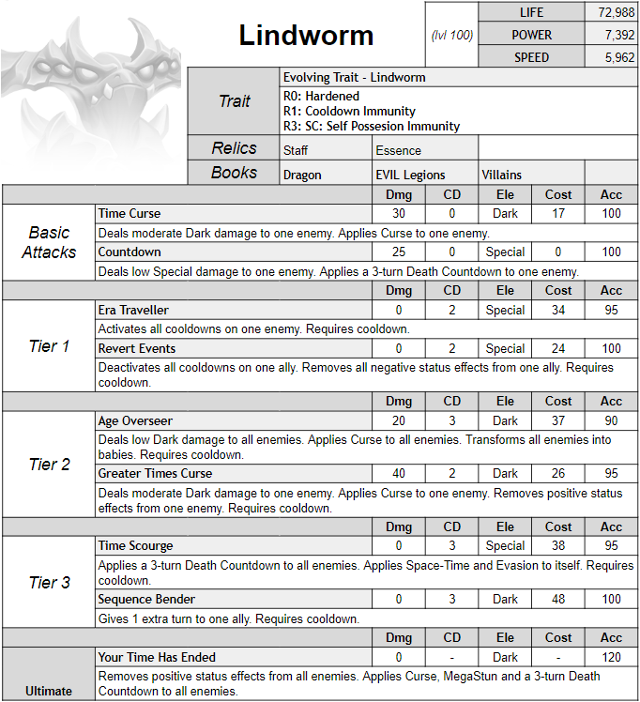