Meet Sunblast's little brother! Little or perhaps just younger. Solarflare used to spy on Sunblast and Firestorm when they trained together back when they were friends. He wanted to beat his brother and become Firestorm's prime disciple badly. However, after Firestorm went against Sunblast, Solarflare forgot about competing with his brother for Firestorm's appreciation and swore to defeat the blazing superhero.

An anonymous villain – who had the sole interest of seeing Firestorm defeated – handed Solarflare a bag full of Mythic Stardust. He forgot to mention that not all of it should be used in one go, though... so now Solarflare is a massive creature! He's furious and ready to avenge his brother's humiliation. 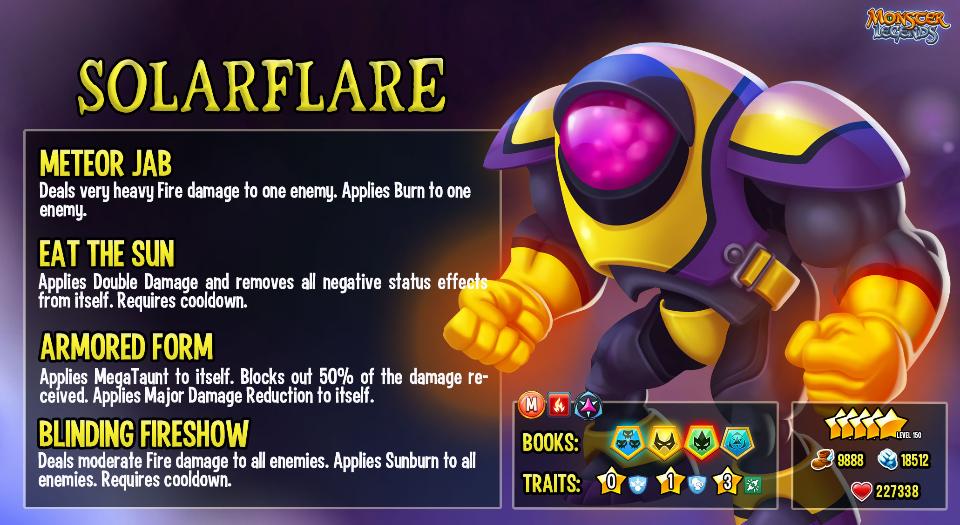 Solarflare is a Fire Tank who can boost his damage. He can gain MegaTaunt and Damage Protection, or clean his negative status effects, but when he's on a mission to attack, he can gain Triple Damage for 2 turns (at the cost of becoming Vulnerable and deactivating his trait) or gain Double Damage. In one of his skills, he can deal heavy damage and apply Sunburn to all enemies. Solarflare has an Evolving Trait: at rank 0, he has Taunt, at rank 1, he becomes Hardened and, at rank 3, he also becomes Immune to Control. 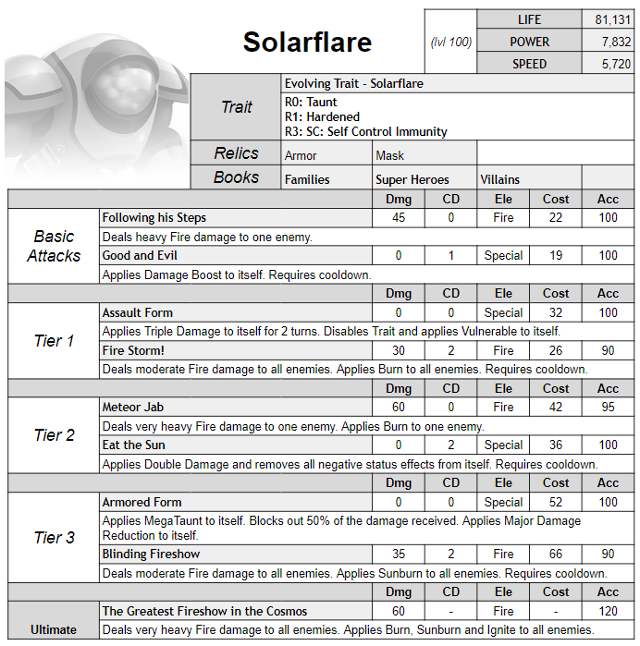