Millenia ago, this alien slug traveled from planet to planet feeding on the energy of its inhabitants, but then it arrived at the world of Monster Legends and crashed onto one of the coldest regions, where only Cryotan and Ouros can stand the temperatures. As a consequence, Slugazoid froze, and that's how he remained until the rain of Stardust hit Monster Legends, waking him up and granting him powers he’d never had before! 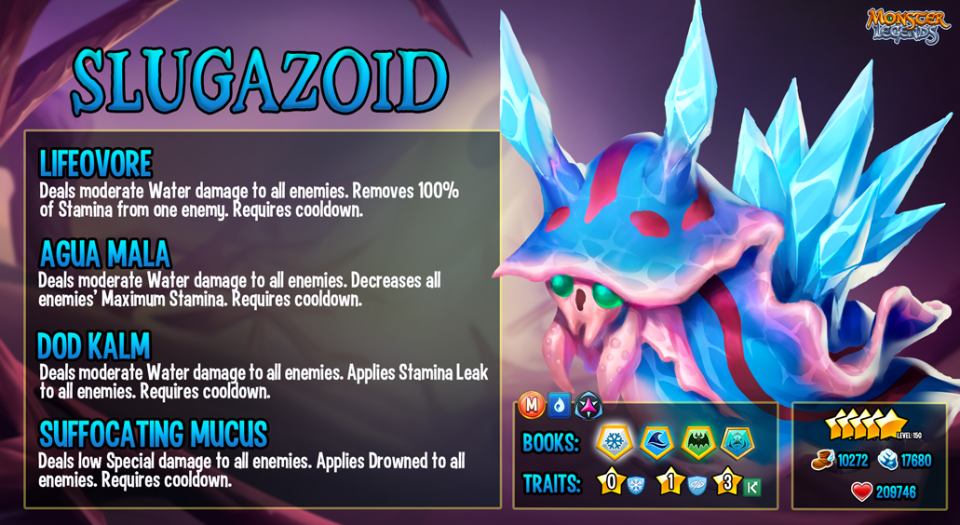 Slugazoid is a Water Control monster that specializes in depleting the Stamina of its enemies while dealing damage. He can also Drown enemies! Slugazoid has an Evolving Trait: at rank 0, he's Immune to Freeze, at rank 1, he's Immune to Blind and, at rank 3, he gains a 50% Damage Mirror at the start of every battle. 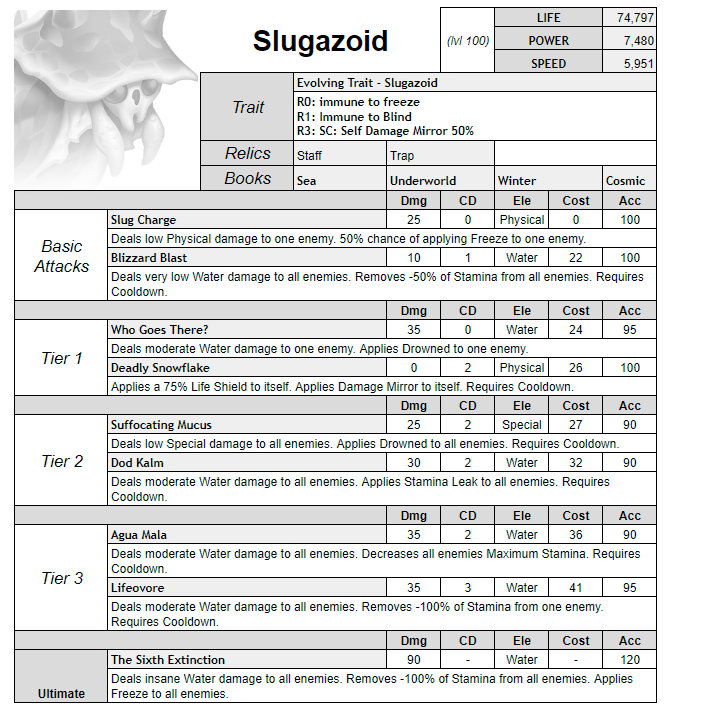