The pirate war between Varuna and Cavenfish has made a big negative impact on the ocean in general, but especially on the seabed and its coral reefs, which are being destroyed by lost bombs from the ships. Tired of the situation, Koralle Brutalis is ready not only to protect the reefs but also to fight back!

Koralle Brutalis is a Tank with a high Life who can cast your new favorite skill to protect allies: Mega Taunt! Koralle Brutalis has a good bunch of skills to stop his enemies too, including Quicksands, Stun, and Damage Reduction. This is one of the 3 Earth monsters in the Sea Book! 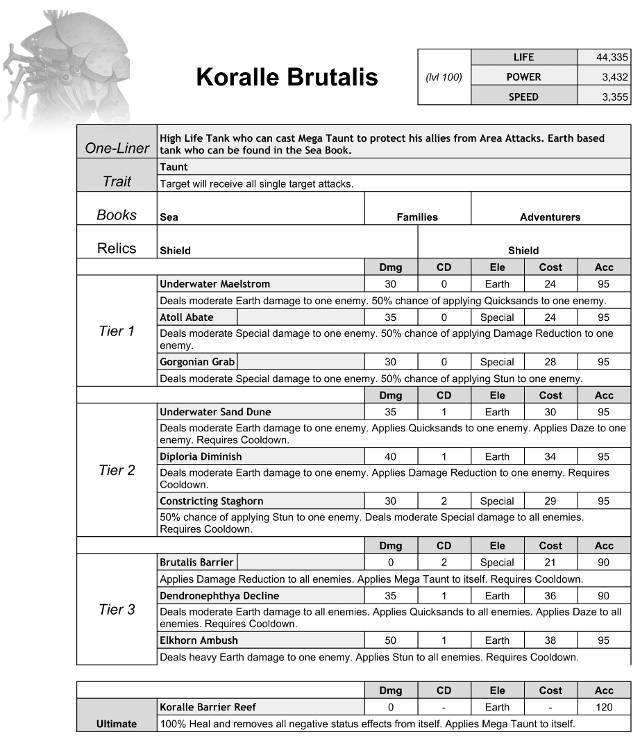