What is Multiplayer Mode?

Multiplayer mode is a PvP aspect of the game in which players select any three monsters to fight against an opponent. Players must set an Attack Team and a Defense Team. The same monster cannot be used on both teams.
When you are defeated in battle, an automatic shield is triggered. When the shield is active, other players can't challenge you in a fight and hence you won't lose any Trophies.  The effect of the Shield wears off over time. It is also deactivated when you attack another player.

The Multiplayer Mode is divided into Tournaments that run for 28 days. The goal is to climb the league while fighting and winning as many battles as possible. Victories grant Trophies that are required to be promoted to better Leagues.

Players are also rewarded with Chests for battle wins.
At the end of each Tournament, players are awarded additional Prizes based on their ranking in the League.

Multiplayer mode is unlocked at level 10. 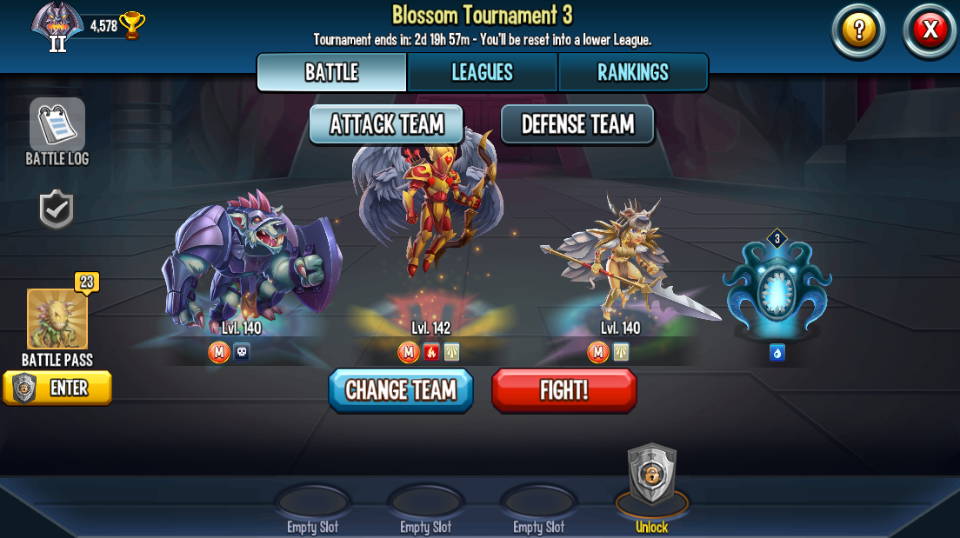