The first Xiron was an anagram cast by Shannara, but it turned into a ball of Magic and it floated away from her, traveling through the universe without anyone being able to control it. After this incident, Shannara and the rest of the Magic Council started reflecting on their own powers and their ability to create new magicians by themselves, but they didn't know how to start.

They made several attempts. In one of them, Warmaster Sherezar created Gelotron, but this creature was still very hard to control and it had aggressive instincts. After Gelotron, they went back to square one: Xiron. They just needed to find a formula to make a new version of Xiron that was self-conscious and considerate from its birth. However, Warmaster Sherezar was too afraid of making more mistakes. He didn't want to launch a new accidentally uncontrollable ball of magic into the universe.

Then, one day, the perfect contribution to the trial fell from the sky along with an angel. When Lord Inheritor stole Heaven from Warmaster Elvira, she came to Warmaster Sherezar and the Magic Council asking for help. She explained what had happened to them and they all concluded that no one would be able to win against Lord Inheritor without the same resource he had used to gain strength — Ambrosia. Thankfully, Elvira carried a bit of it in a small capsule attached to her sword. There was hope.

When Warmaster Sherezar saw the Ambrosia, he took it as a signal: It was time to resume the project! They had just what they needed to summon a perfected version of Xiron. That's how, after an intense ritual involving Ambrosia and lots of complex spells, they were able to create the perfect spell-crafted magician: Xiron the Great.

Xiron the Great is a Magic Controller with random Control, Cooldown Activation, and Stamina Removal skills. 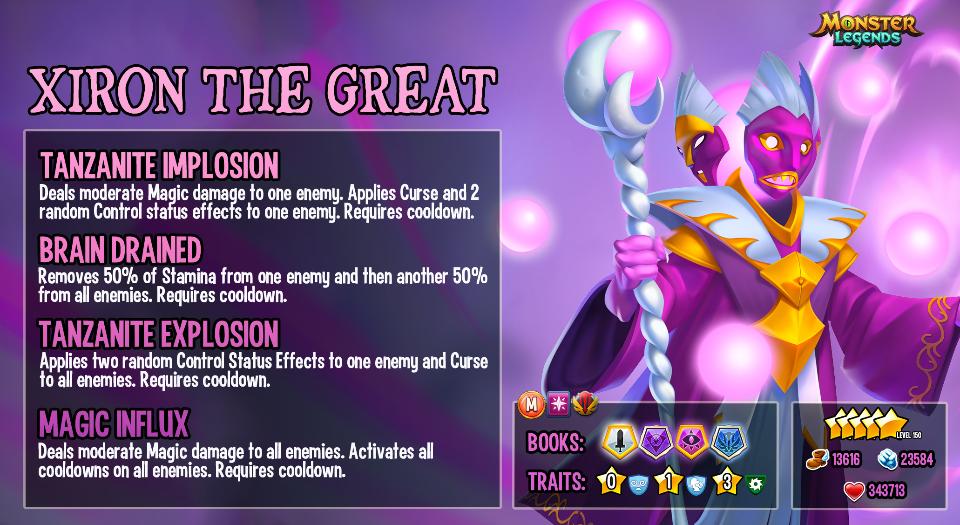 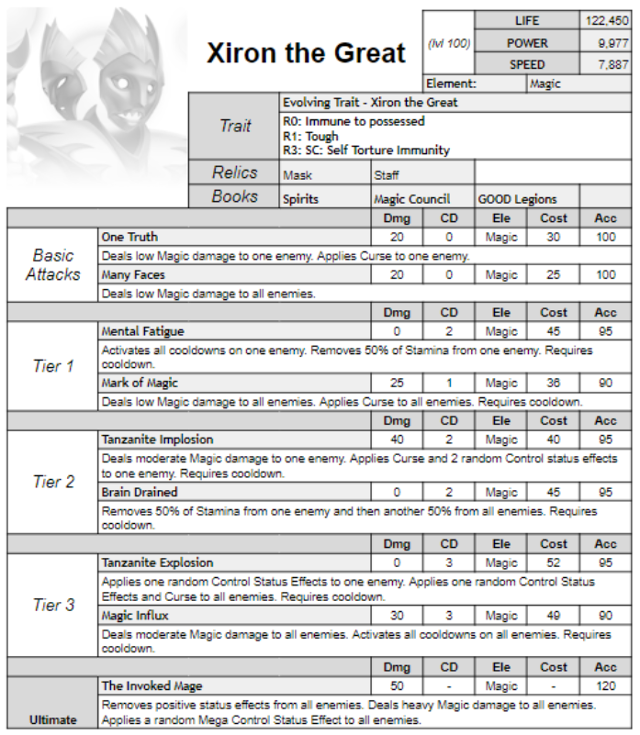