Fampira and Vilina were best friends back in the day, way before Fampira transformed into Fampirastral. They did everything together, so when Fampira discovered a portal to Elektra for the first time, she immediately told Vilina.

“When are you going back there again?”, asked Vilina after hearing about her friend’s discovery.

“Really?! But that’s the biggest night of the year in Monstelvania!”

“Exactly!”, said Fampira. “Everyone will be distracted with all the ceremonies and festivities. We won’t be missed. We can go trick or treating in the big city!”

Her words were enough to convince Vilina, so on the night of Halloween, they made their way to Monstown.

Vilina immediately fell in love with the city. She and Fampira challenged each other to see who could get more candy. They agreed to meet again at the same spot after one hour.

Vilina was determined to win the challenge, so she paid no attention when someone yelled “If I were you, I wouldn’t knock on that door!”, as she approached a building that looked like a massive bunker. She rang the doorbell and a monster with pink flames all over him opened and told her to come in.

That was the last time anyone saw Vilina… until today. She’s changed a bit, though. There’s still no doubt that she’s from Monstelvania, but her powers and goals are completely different. She’s focused on her new job as a supervillain and would probably not even recognize her old friend Fampirastral if she saw her after such a long time!

Vilina is a Dark Control monster with Possession and Resurrection skills. 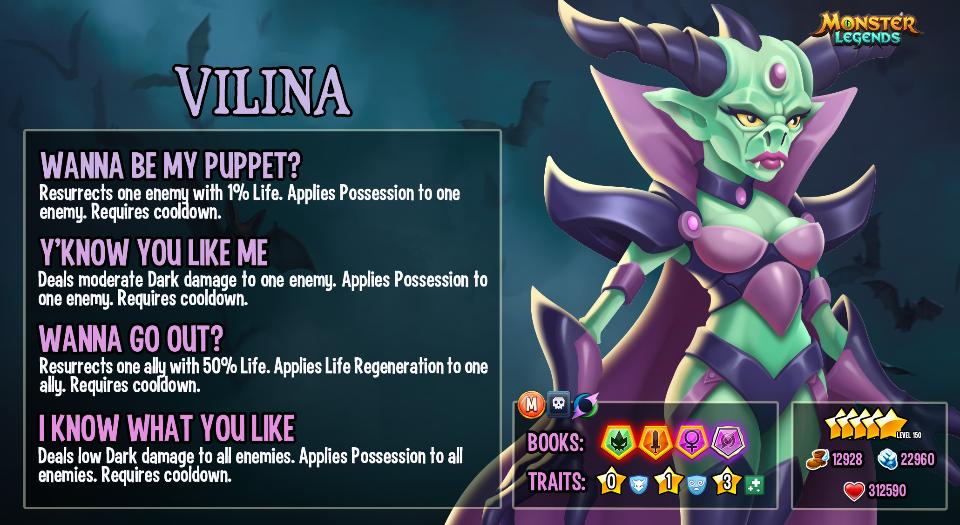 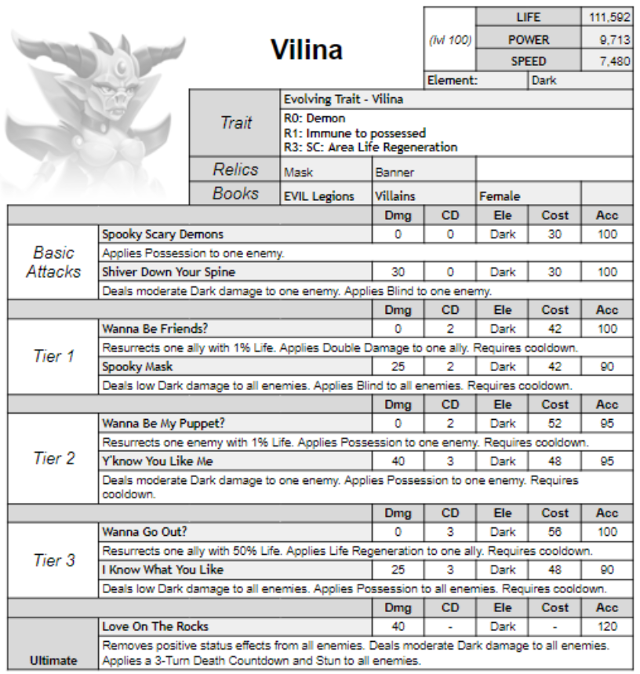