Unlike other wolves, Tuska doesn't belong in any pack. He prefers to be on his own. He had a hunting partner once. His name was Thentsar, and he died in a brutal battle against an ork.

After Thentsar’s death, Tuska was so devastated that he swore he'd never make friends ever again. He burned his friend’s body and placed the ashes inside a little capsule which he then attached to his sword. That way, Thentsar will always be Tuska's hunting partner. 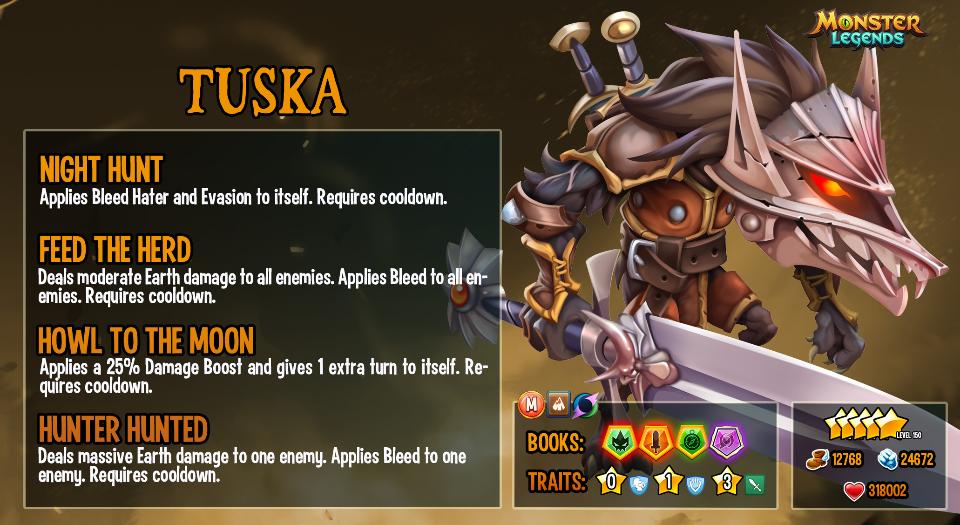 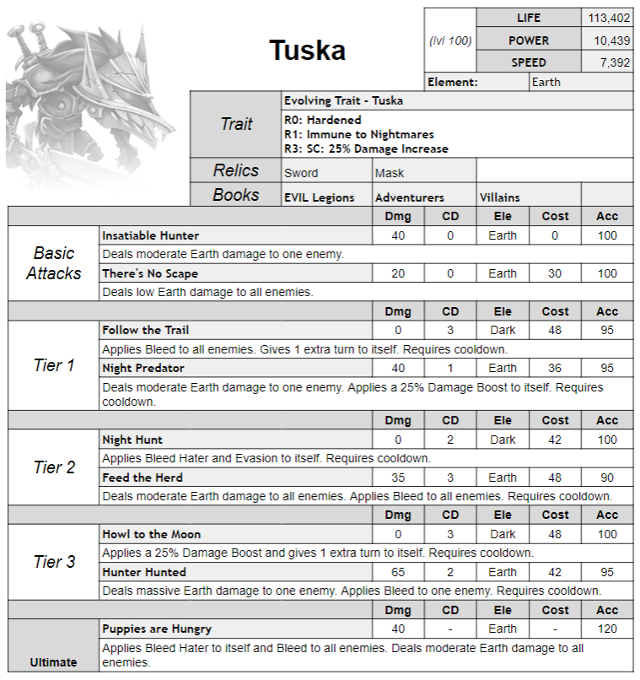