Gangs have always been very hierarchical organizations. Maybe that's the reason why Alex Bone never fit well into any of them in spite of being outstanding at his job. He started in Gangsterosaurus' crew but went solo pretty soon. After that, Al Canine tried to recruit him many times, but Alex preferred to work with him only as an occasional collaborator.
Al Canine accepted Alex's terms because, even though he wasn't his employee, Alex still brought him lots of money. You could even say that Al Canine was a bit jealous of Alex Bone's abilities, and he always made sure to keep him close but not close enough for Alex to outshine him. Alex knew what Al was doing all along, but he didn't mind because he had no interest in leading a gang.
However, things changed when Al became Don Canine thanks to Nebula. That was the first time he had something that Alex Bone really wanted: Monster Power. Don Canine started distributing Nebula amongst his gang members and collaborators, but he had no intention of transforming the only gangster with enough talent to step on his toes.
Alex was desperate to get his hands on some Nebula, but in the end, Nebula came to him without effort: A client offered it to him as payment for a job... a job that happened to be perfect for Alex Bone, the Original Gangster.
OG Bone is a Thunder Controller with Corruption, Stun, True Vision, and Evasion skills.
Evolving Trait:
Rank 0: Immune to Blind
Rank 1: Hardened
Rank 3: Status Caster - Gains Evasion at the start of the battle 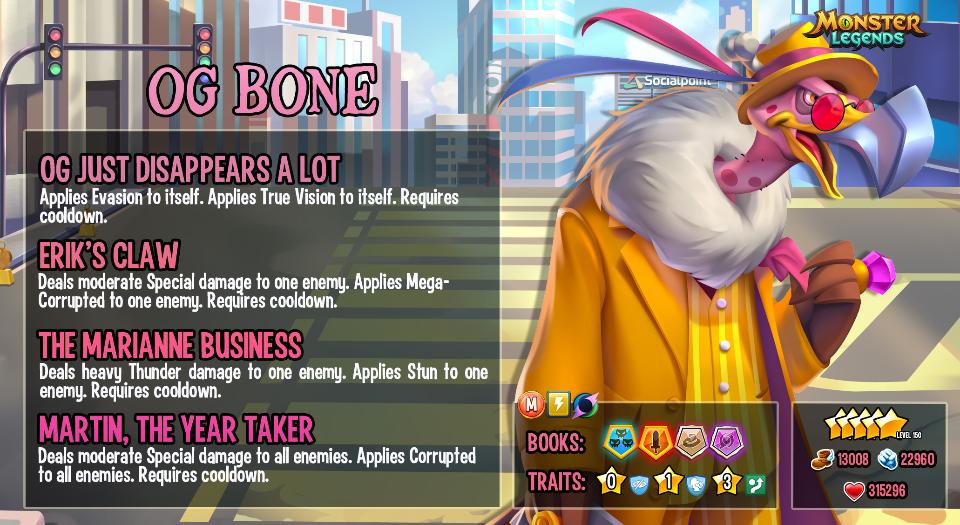 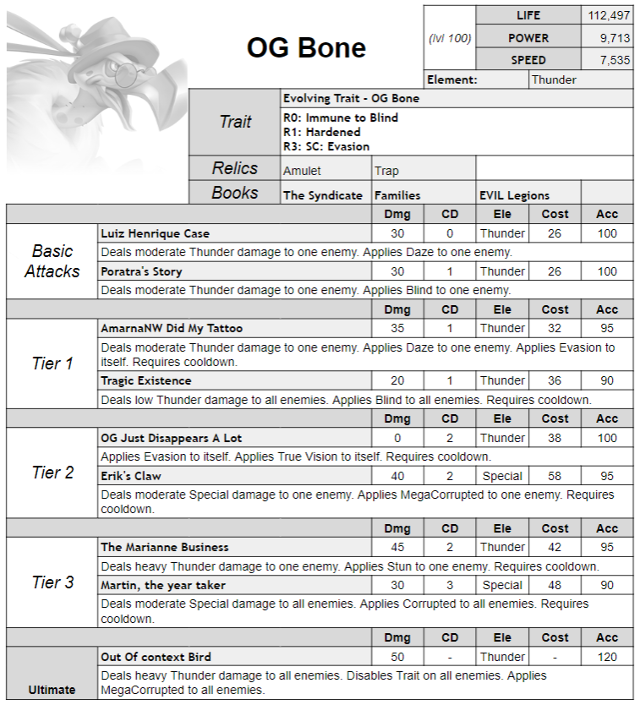