"Keep your friends close and your enemies closer. That's what Don Canine must have thought when he was running for the Mayor's office. Orcatti used to be an old rival of his. They used to fight over the control of the contraband of runes.

However, when Don Canine started his political campaign, he built a strategy to silence the other candidates, and to succeed, he decided to enlist professionals of his own industry. That's how he teamed up with Orcatti, who did a great job ensuring no candidate in Monstown stood a chance against Don Canine. He did such a great job that, once he'd won the election, Don Canine offered him a position as his Deputy Mayor.

Now, Orcatti supervises both his and Don Canine's businesses from the Mayor's office!

Orcatti is a Water Tank with MegaTaunt, Damage Protection, and heavy damage skills. 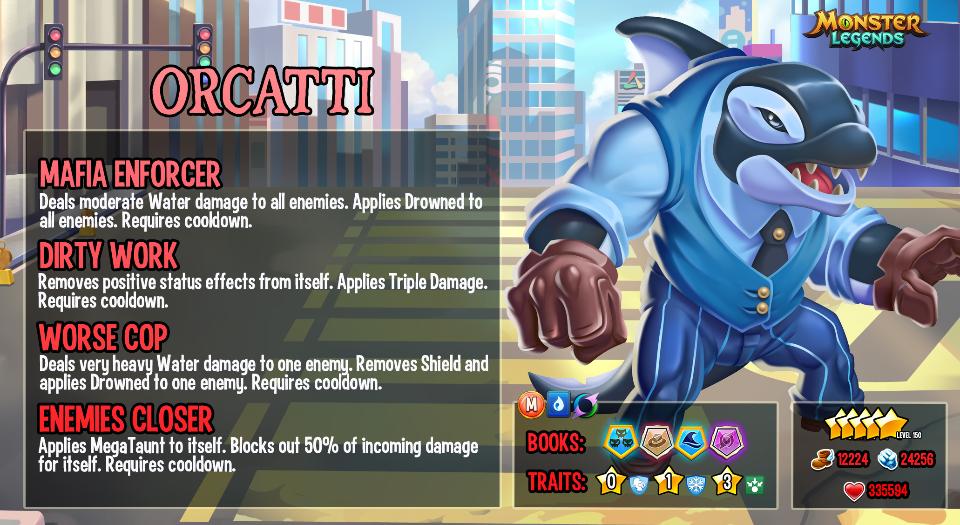 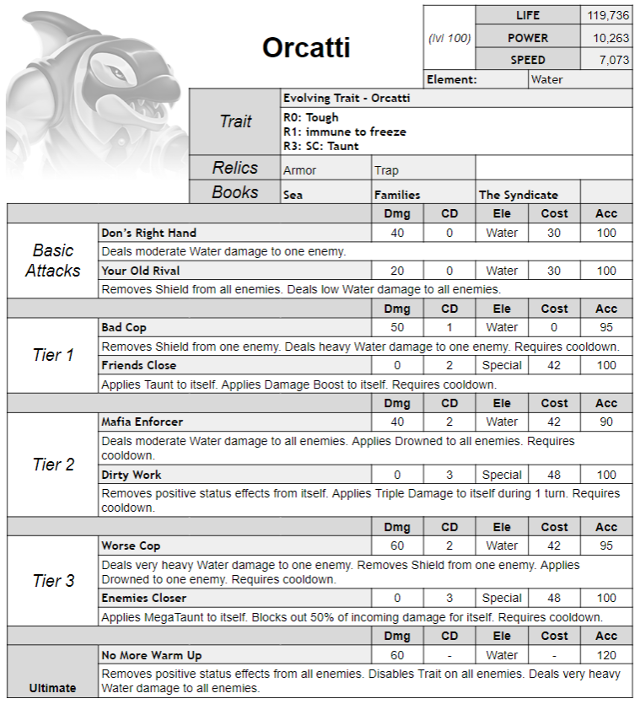