The Baroness is the longest-standing ruler the Wastelands have ever known, but that doesn't mean she's been an accepted one. In fact, ever since she arrived in the Wastelands and took power, every day has been a conflict. Throughout the years, she's managed to gather a faithful squad of 5 followers who do whatever she asks, but the rest of the inhabitants of this inhospitable region hate her.
And they have reasons to hate her! She controls all the food in the area, which is not much and keeps most of it for herself and her crew. She traffics with the few valuable objects and resources that they have and, lately, she's even allowing monsters from other regions of Elektra to bring their garbage into the Wastelands.
However, she'd never gone as far as she's gone this time: She's allowed Don Canine to bring all the trash and rubble in Monstown and to take all the iron he could find in the Wastelands. All in exchange for more power and a new name. As The BaroneX, she'll be able to keep on ruling in spite of her detractors!
The BaroneX is a Metal Controller with Cooldown Activation and Stamina Leak skills.
Evolving Trait:
Rank 0: Hardened
Rank 1: Super Attuned
Rank 3: Status Caster - Applies Stamina Leak to all enemies at the start of the battle 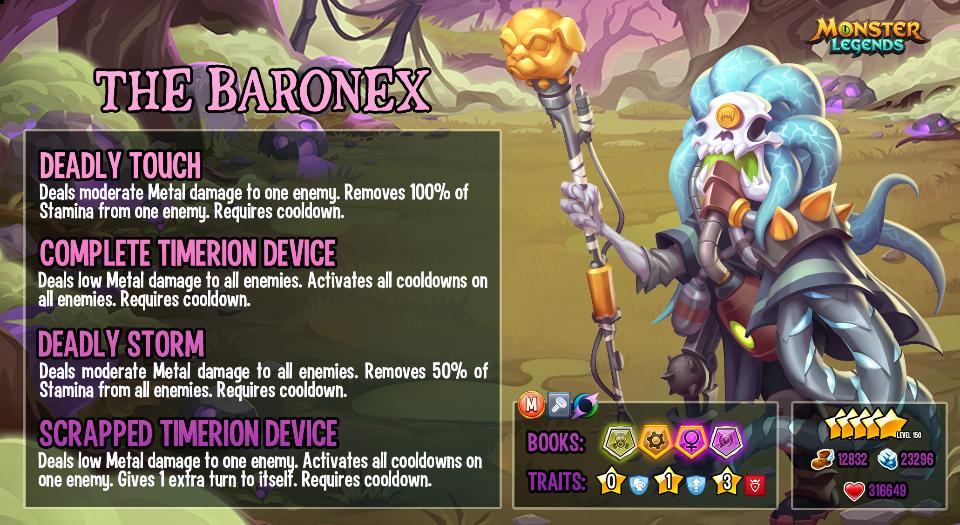 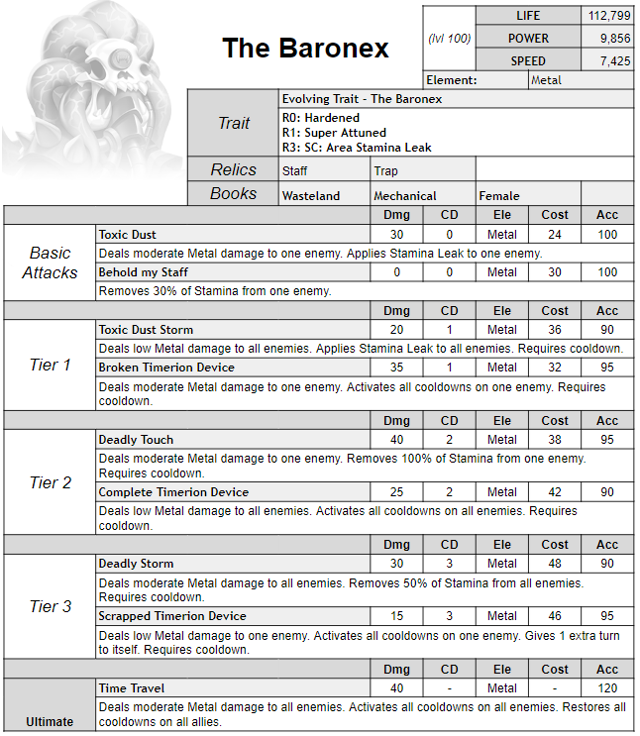