When Don Canine started using the Wastelands as a rubbish dump, he made it very clear to his crew that no one from that area should be allowed to travel to the city with them whenever they finished their work. So they always tried to make sure they had no stowaways in their trucks and ships.\n
But then, one day, they didn't see that a mutant called Aloe Death had hidden among the iron beams they had collected to build The Shelter. And, boy, did they regret that slip later. The minute Aloe Death set foot on Monstown, he started tormenting the citizens. So now, he's become a problem for Mayor Don Canine, who's had to send his best henchmonsters to "take care of him" before questions about this unwanted visitor arise.
Aloe Death is a Nature Attacker with Reverse Healing and Damage Mirror skills.\n
Evolving Trait:
Rank 0: Abomination
Rank 1: Immunity to Poison
Rank 3: Status Caster - Gains a 50% Damage Mirror at the start of the battle 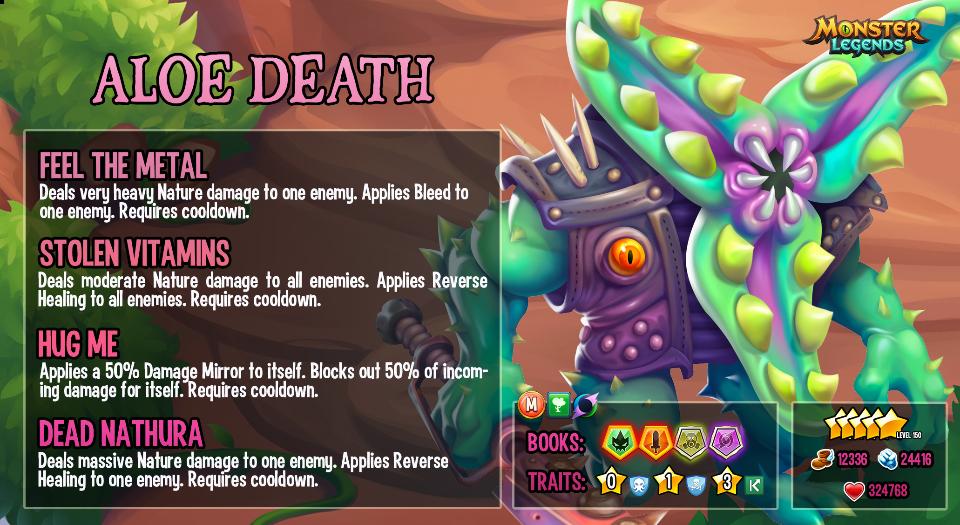 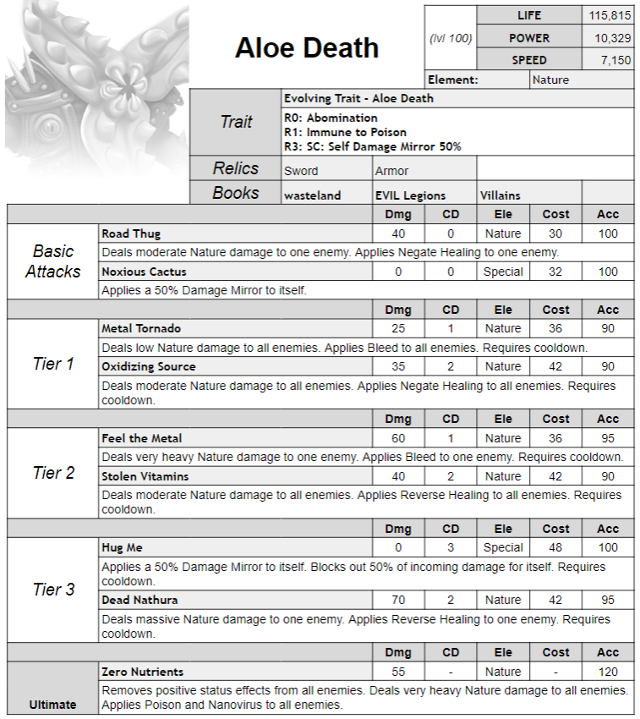