This sea critter used to feed on mussels and seaweed, but when he was feeling exotic, he crawled out of the water onto dry land, looking for a bite of something different. He had this strategy where he’d play dead in the sand for hours, until a scavenger came along and tried to eat him. And when that happened... Snap! Hydraka attacked by surprise.

But then, one of his food trips took longer than expected. He spent days playing dead in the sand and no scavengers came for him. After a week, he was about to give up and settle for a boring seaweed sandwich when he noticed something approaching. It was a scavenger! He readied himself and… when the scavenger attacked, he reacted with a strength he'd never known before. He immediately realized he’d doubled his size and looked completely different now!

That’s what excessive exposure to the Sun will do to you on the beaches of Elektra.

Hydraka is a Fire Attacker with True Vision, Shields, and Positive Effects Protection skills. He has an Evolving Trait: at rank 0, he's an Abomination, at rank 1, he becomes Hardened and, at rank 3, he'll gain True Vision at the start of the battle. 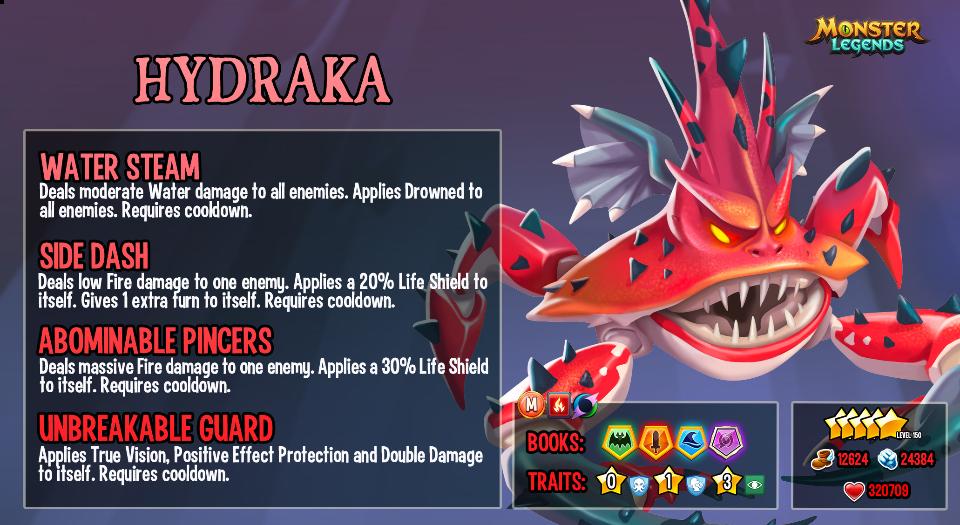 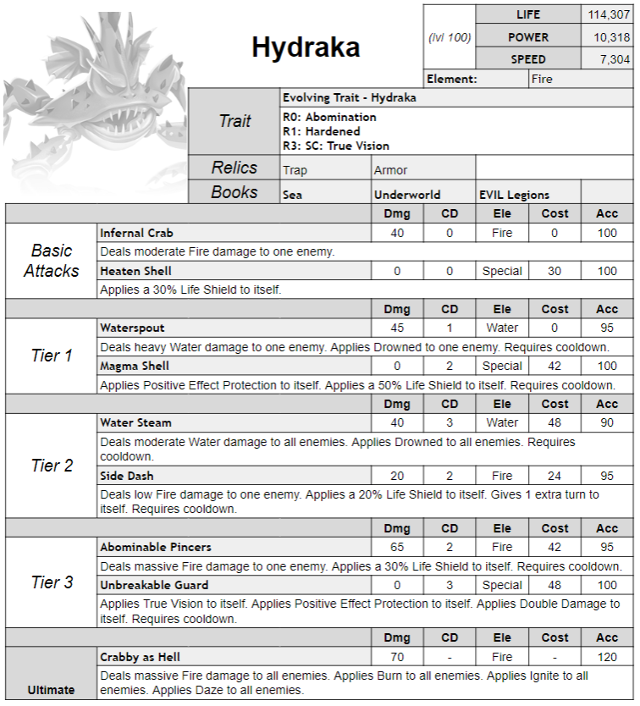