Dream, Sapnap, and GeorgeNotFound were at Sapnap’s house, getting ready to try out a new game together. “At the count of 3, we all press play”, said Dream. “1,... 2,... 3!”. That’s when everything went dark.
For a short eternity, the three friends were trapped in a pitch-black nowhere, and then… The lights came back on. But they weren’t in the same room anymore. They could hear each other’s voices inside their heads, but they had all ended up in completely different places.
GeorgeNotFound had landed in a gigantic city and was surrounded by monsters of all kinds. It wasn’t until someone riding a bike stared at him and yelled “Cool glasses!” that he realized he was a whole new blue self!
Sapnap had been less lucky than George. He had landed in Hell. There he was, in the middle of hundreds of demons. Thankfully, he wasn’t too hot, maybe because he had turned into a flame! A flame in tights!
And then there was Dream, who had found himself in Monstelvania, only that he had no idea of what Monstelvania was. He too had transformed into a new self, a superhero like his two friends. But for him, this transformation felt familiar, like he had gone through something similar in another life.
What has happened and how have the three friends ended up lost and spread out all over the Universe of Monster Legends? First, they’ll have to find each other. Then, they’ll have to find answers.
Mr. NotFound is a Water Supporter with Damage and Precision increase skills. He can also play clean status effects and apply Element Weaknesses. Mr. NotFound has an Evolving Trait: at rank 0 he's Immune to Freeze, at rank 1 he becomes Immune to Blind and, at rank 3, he'll gain Immunity to Possession at the start of every battle. 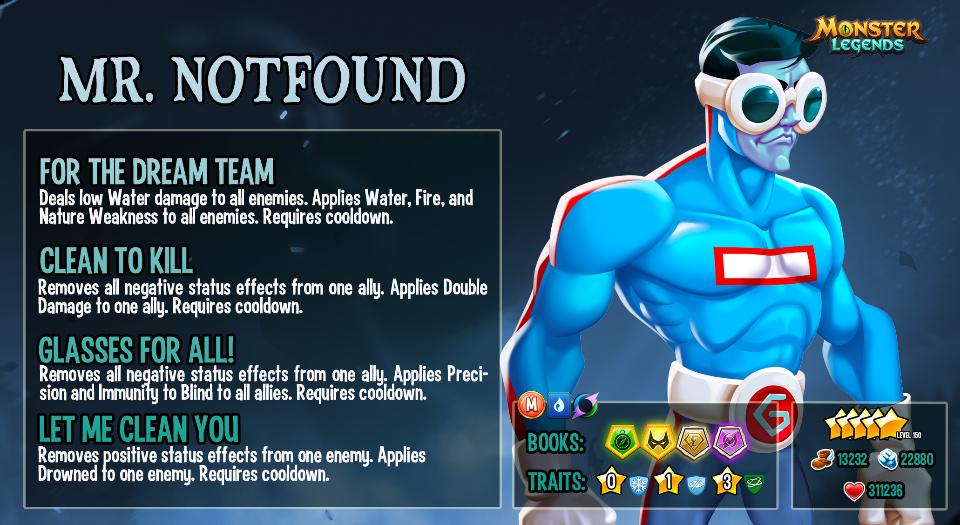 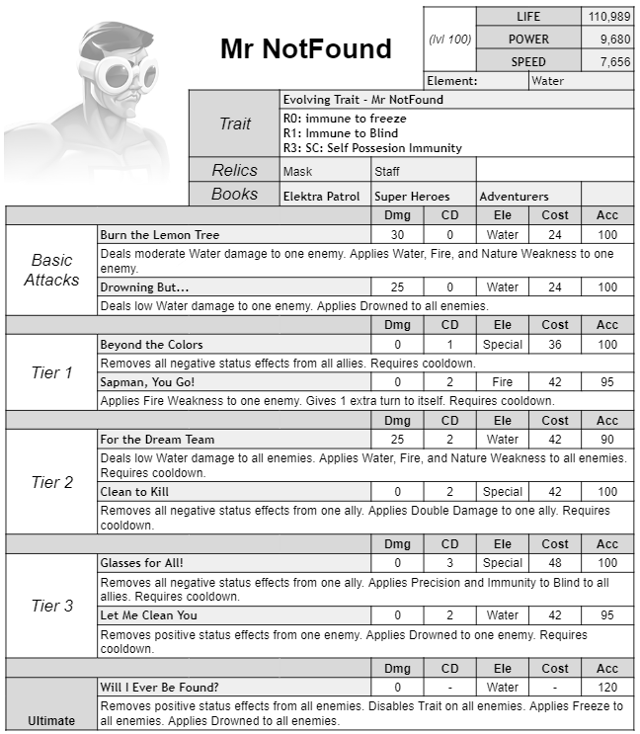