This strange-looking plant appeared in the Cardinal Forest after the Lutum explosion, but nobody has really paid any attention to it. After all, it's only a regular plant... Isn't it? But... if it is, why do monsters end up all disoriented after getting close to the Monstera plant? What's with those hypnotizing eyes at its base? Leafilyn looked into them once and has had terrible migraines ever since. Is Monstera really just a regular plant? Should the inhabitants of the Forest do something about it?\n
Monstera is a Nature monster with Stamina Draining, Life Steal, and Corruption skills. It has an Evolving Trait: at rank 0, it's an Abomination, at rank 1, it becomes Immune to Stun and, at rank 3, it will apply Stamina Leak to all enemies at the start of the battle. 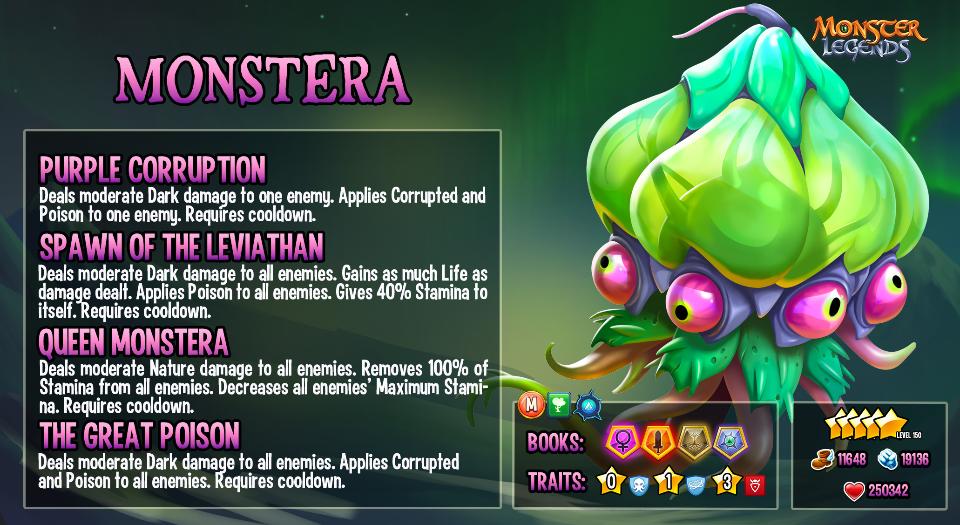 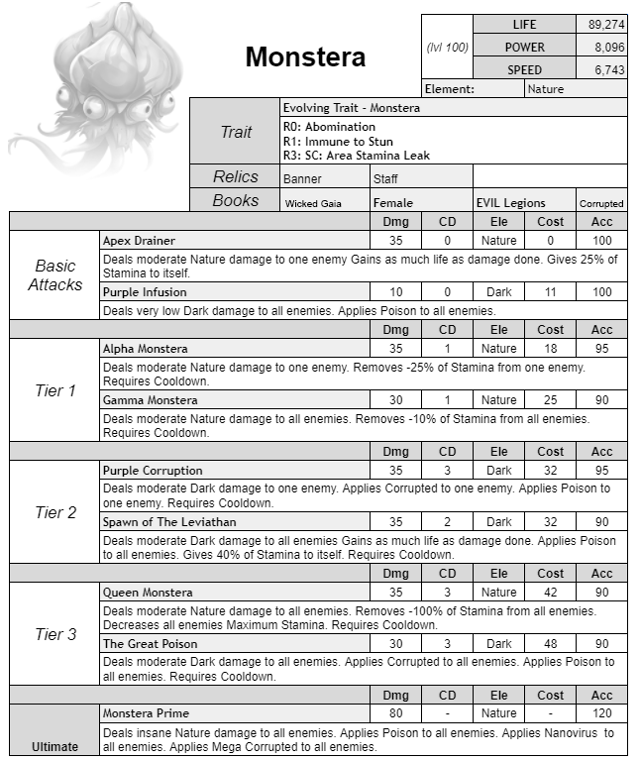