Queen and Warmaster Thalassa doesn’t yet know if Lord Nebotus will eventually claim the deep sea as his, but if he ever tries to, he’ll have to face Megalobot first. The Warmaster commissioned Ingenica to build this ferocious artifact shark. It’s designed not to defend the oceans, but to attack intruders! Megalobot isn’t Ingenica’s first piece of work in which she has used Lutum, but this one is certainly using it at its maximum potential!

Megalobot is a Water Artifact Attacker with Multiple Tortures and True Damage. He can deal heavy damage and damage by percentages, which makes him great against enemies with high Life. He can also apply several status effects like Shock or Bleed. Megalobot has an Evolving Trait: at rank 0, he's an Artifact, at rank 1 he becomes Super Attuned and, at rank 3, he becomes a Status Caster, applying Precision to all allies at the start of the battle. 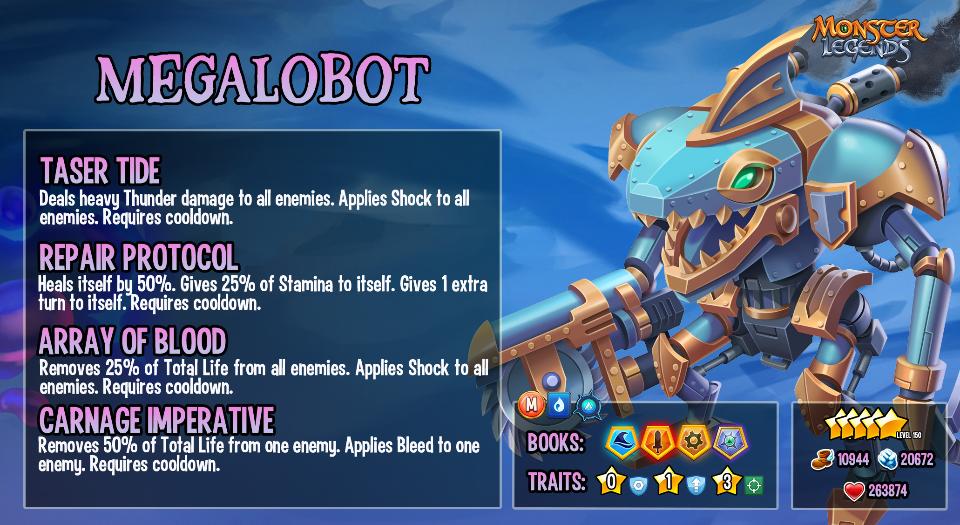 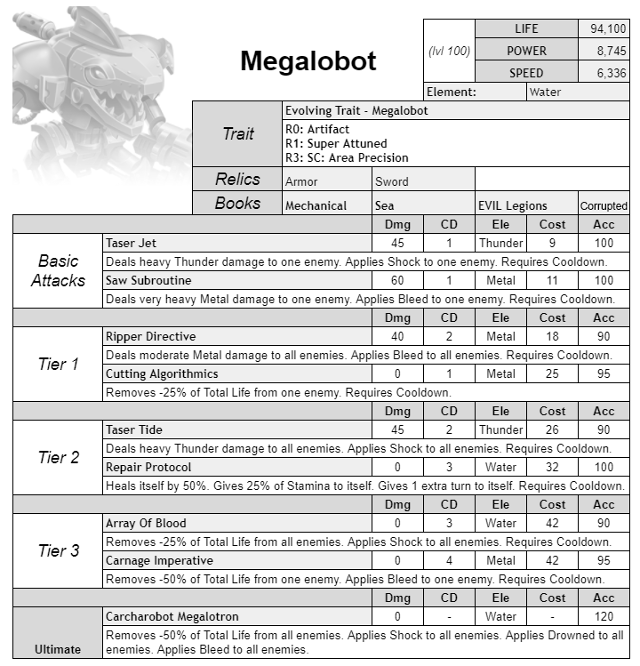