When Nebotus fought against Zahra in the Cardinal Forest, a little snail jumped into his pocket without him realizing. He only found out after his transformation, when he reached his hideout all covered in Lutum. He reached into his pocket and pulled the snail out. Since he had lost his relics and it looked like he was going to spend a long time hidden away, he decided to keep the snail as a pet and named it Waldorf. Little did he know that the bug had been Corrupted by the Lutum too.

Waldorf grew very quickly and became an enormous monstrous snail, but more importantly, to Lord Nebotus, it was proof that apart from himself, he could Corrupt other creatures as well.

Waldorf is a Nature Support monster with Anticipation, multiple debuffing Tortures, and Trait Disabling. His skills include Drowned, Nanovirus, Reverse Healing, or Poison. Waldorf has an Evolving Trait: at rank 0 he has Anticipation, at rank 1 he becomes an Abomination and at rank 3, he becomes a Status Caster, applying Nanovirus to all enemies. 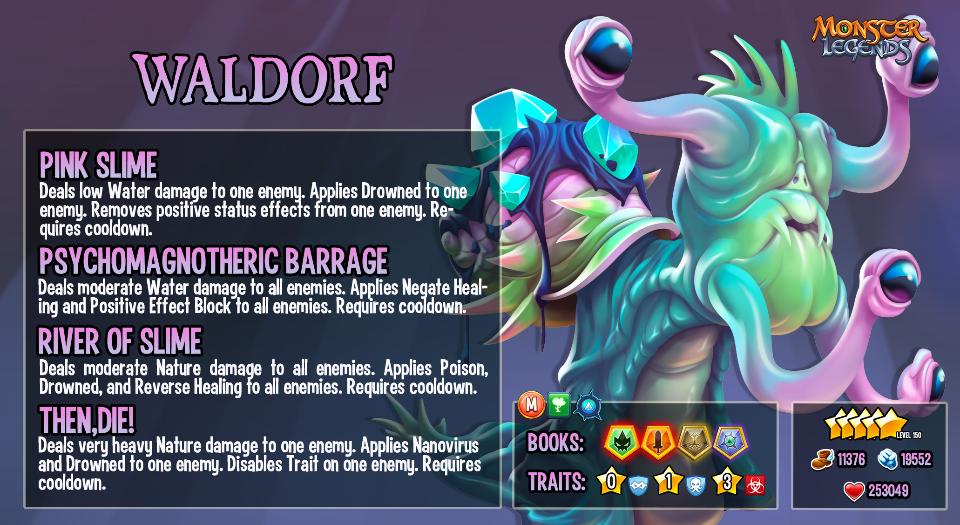 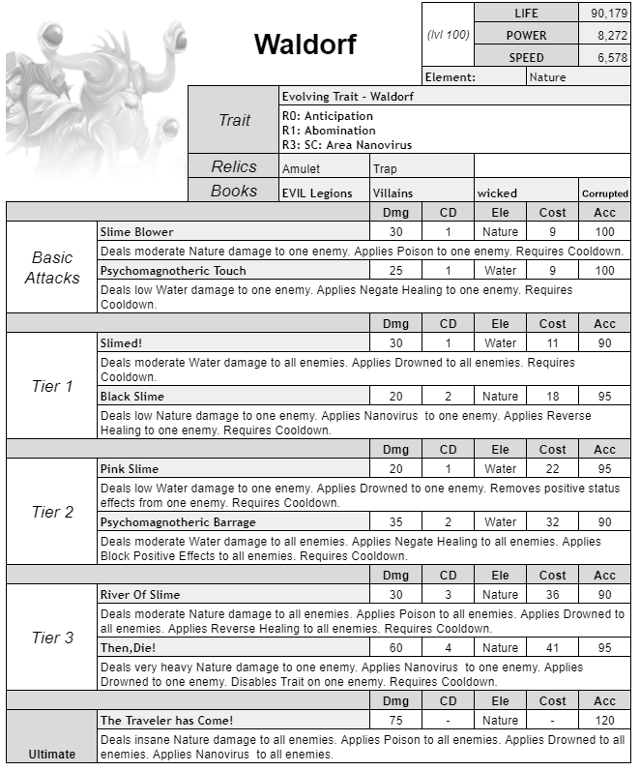