Ever since she was a child, Khamelia searched for answers in the stars. As soon as King Daeron noticed her talent, he let her use the highest tower in his castle. And that’s where Khamelia spent most of her childhood. She learned how constellations interacted with each other and how to read the brightness of stars.

Khamelia was eager to use her talent to help the Light Kingdom and its inhabitants, but she noticed something was missing. She only wished there was an answer for her up in the sky. But it wasn’t there. Instead, she looked down for a second and focused on herself. She was an expert astrologist by then, but it took her extra bravery to understand that her true identity could only be found deep down inside.

That’s how she unleashed her full powers, by searching inside. Once she had found her own truth, she looked back up again and saw more answers than ever. King Daeron named her Royal Astrologist and today, monsters from all over Petra travel to listen to her lectures.

Funnily enough, the King sometimes likes to make his own interpretations of Khamelia’s readings, and he’s not always right... But who can contradict the King?

Khamelia is a Thunder Controller with Stun and MegaStun skills. She can also Shock and Daze enemies or gain Evasion and True Vision. Khamelia has an Evolving Trait: at rank 0, she's Immune to Blind, at rank 1 she becomes Immune to Possession and at rank 3, she becomes a Status Caster, gaining Immunity to Tortures at the start of every battle. 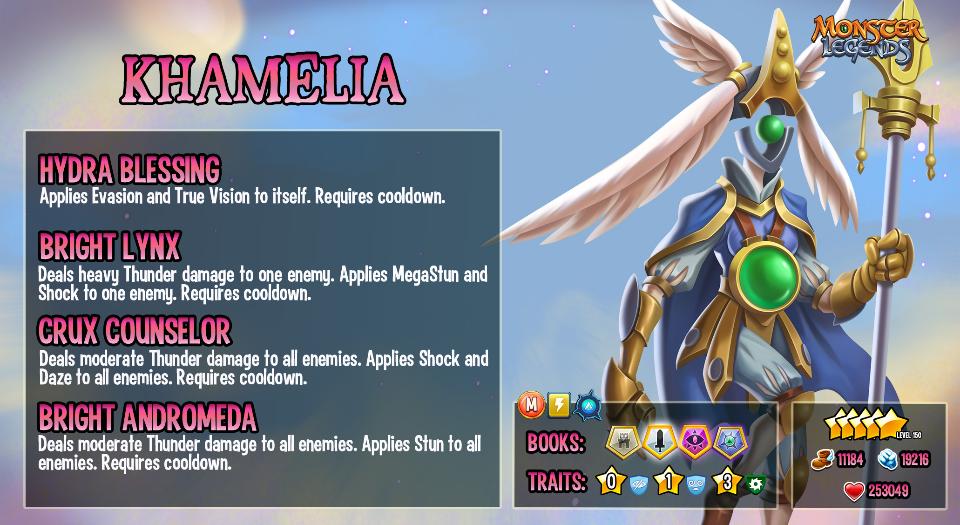 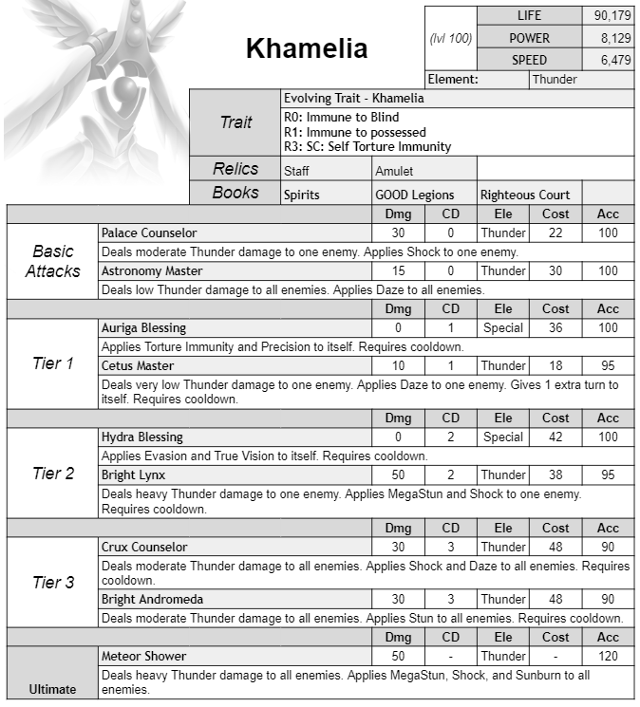