This monster comes from the jungle, she represents a tribe of Amazons. These Amazons have a traditional organization in which daughters inherit their roles in the tribe from their mothers, and Stalkiller belongs to a lineage of hunters. Each generation in her family has outdone the previous, which makes Stalkiller the best hunter the tribe has ever had.
Sadly, she's also had to be creative and innovative for all the wrong reasons. As the size of the jungle the Amazons live in shrinks due to vast felling, Stalkiller's had to come out of the land she's always known as home to find prey. However, thanks to that, the world has discovered her magnificent skills and she's had the opportunity to join competitions. Now Stalkiller provides for her tribe and has the resources to treat herself every once in a while too!
Stalkiller is a Magic Attacker who can deal high damage, gain extra turns, block positive effects and apply Magic Weakness. She has an Evolving Trait: at rank 0, she has Pierce, at rank 1 she becomes Immune to Blind and, at rank 3, she becomes a Status Caster, gaining Anticipation at the start of every battle. 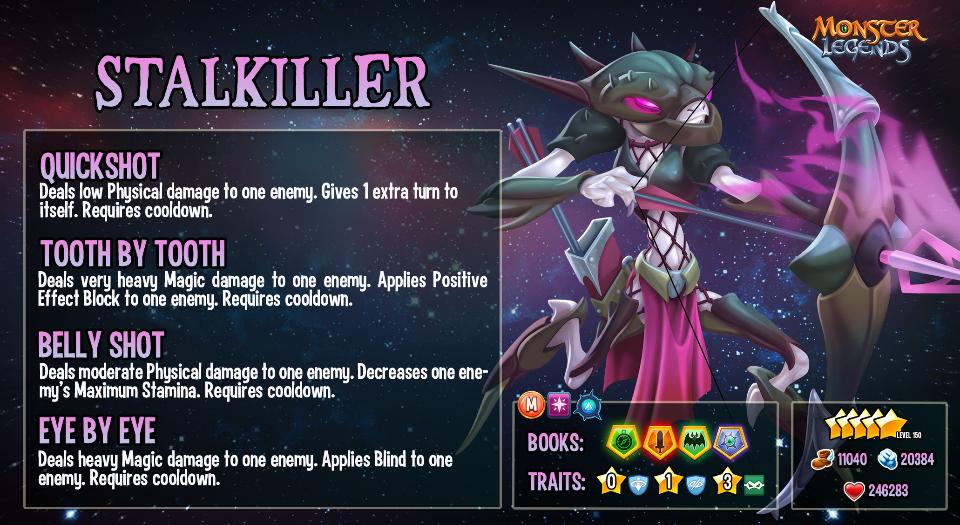 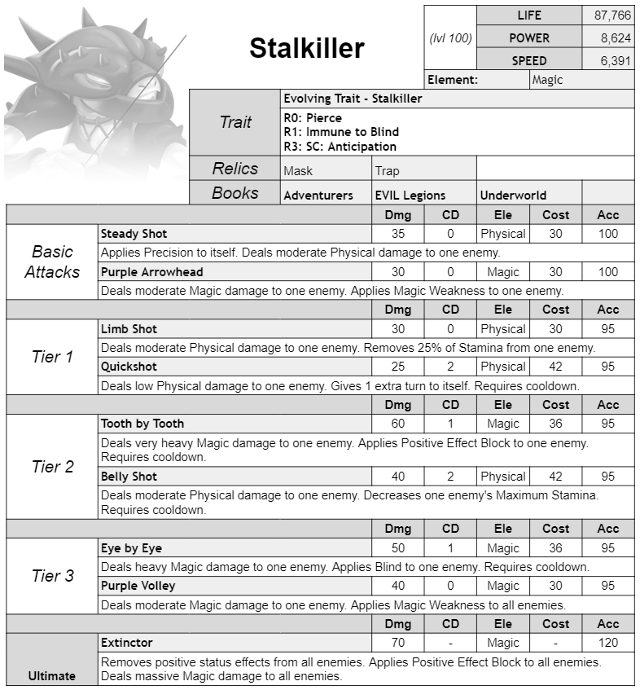