Blumeria used to live in the meadow side of the Cardinal Forest but, one day, her roots absorbed some toxins in the soil and her colors dimmed significantly. The rest of the sunflowers suggested she left since she was ruining the view.

Blumeria felt humiliated and left in shame. She hid in the swamp but the darkness of this habitat didn't help her intoxication. After all, she was a sunflower who didn't see the sunlight. Her personality changed completely, the toxins which were now part of her sap, had given her extraordinary powers, so she drew the attention of other monsters at her new home. She became an asset to the swamp, a kind of mean guard who specialized in turning unwanted visitors away.

Blumeria is a Light Attacker. She can gain extra turns, Hater effects, Double Damage, Life Regeneration, or negative effect removal. When she attacks, she can apply Shield Breaks and deal high amounts of damage. Blumeria has an Evolving Trait: at rank 0, she has Anticipation, at rank 1 she becomes Immune to Cooldown Activation and at rank 3 she'll gain a random Hater effect at the start of every battle. 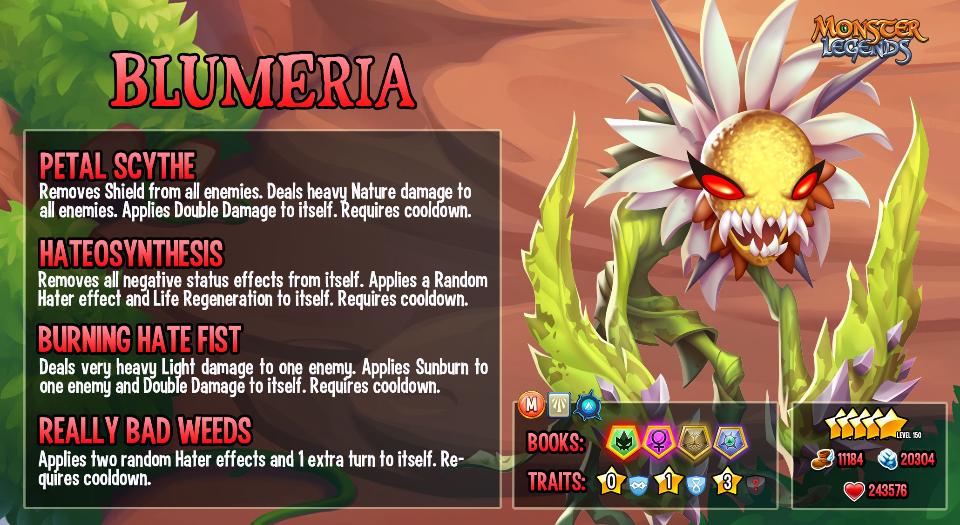 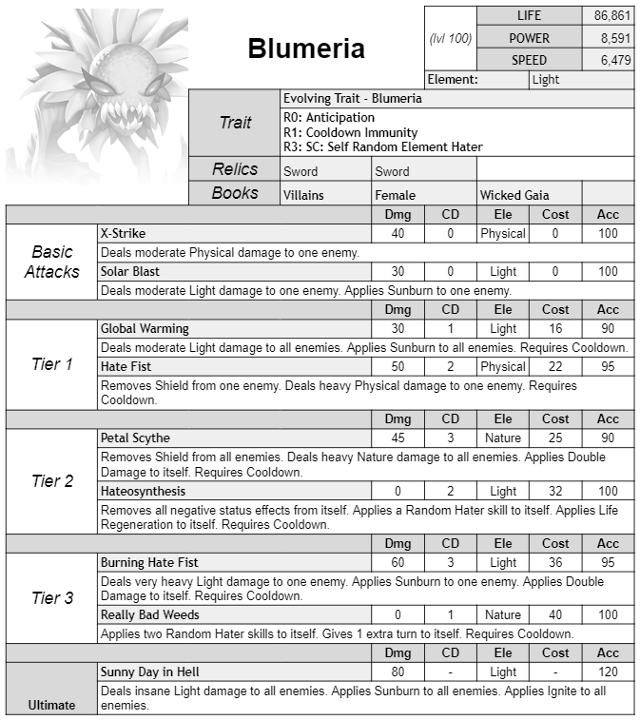