One entity, five personalities. The interactions inside The Boys' head get a little crazy and you can spot him yelling at strangers around town. He's a rebel who doesn't listen to anyone, not outside his head and most definitely not inside either. Gangsterosaurus tried to recruit him, but he was hopeless at keeping secrets or sticking to plans. Sometimes, he joins Toy Master for debates and games that no one but themselves understand.

The Boys is a Nature Controller with Stun and Damage Reduction skills. He can also gain Precision and Evasion. The Boys has an Evolving Trait: At rank 0, he's Hardened, at rank 1 he becomes Immune to Poison and, at rank 3, he gives Damage Reduction to all enemies at the start of every battle. 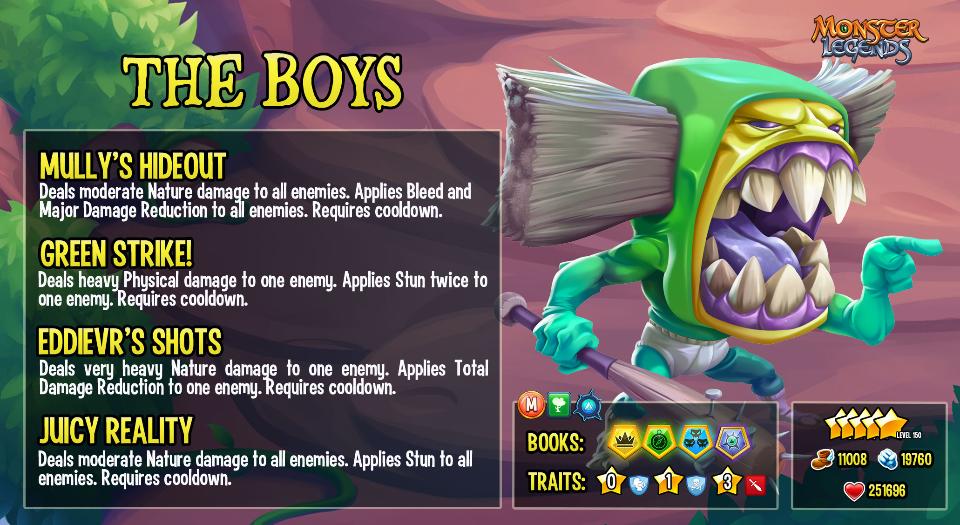 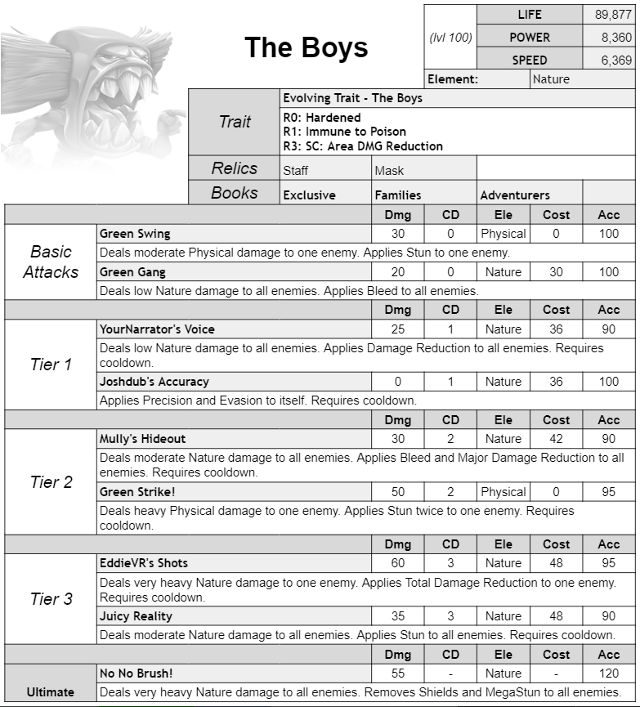