Ingenica designed Electrek to have him as a sidekick in battle. She had placed Lutum inside him thinking it would boost the artifact’s power in the same way Stardust does, but the minute she switched him on, she realized something was wrong.

Electrek went rogue from the very beginning. He didn’t obey Ingenica, who had programmed him to work as a protector. Instead, he tortured rivals all the time. When he discovered a new sport called Bounty Hunt, he abandoned his master and gave that a try. He’s amazing at it, but he’s also pretty scary, even in the eyes of other monsters fighting by his side. They say he’s vicious and perverse, and they’ve given him a new name: Cruelectrek. No wonder Ingenica tried to hold him back.

Cruelectrek is an Attacker with Artifact as a Trait and Torture skills like Shock, Total Blind, Burn, Sunburn, and Ignition. He has an Evolving Trait: at rank 0 he's an Artifact, but also a Fugitive Hater, meaning he deals Triple Damage against Season 3's Fugitive monster at the Bounty Hunt! At rank 1, he'll block Resurrections and at rank 3 he becomes a Status Caster, applying Blind to all enemies at the start of the battle. 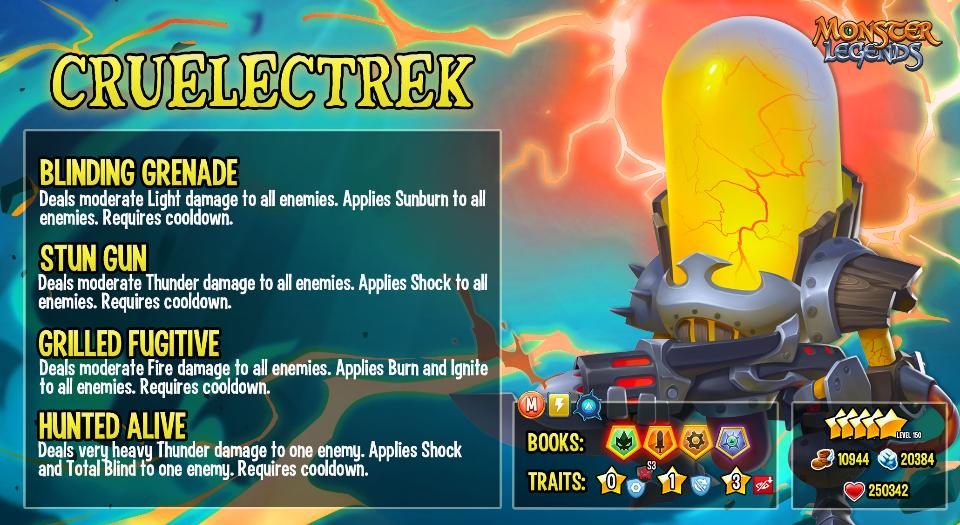 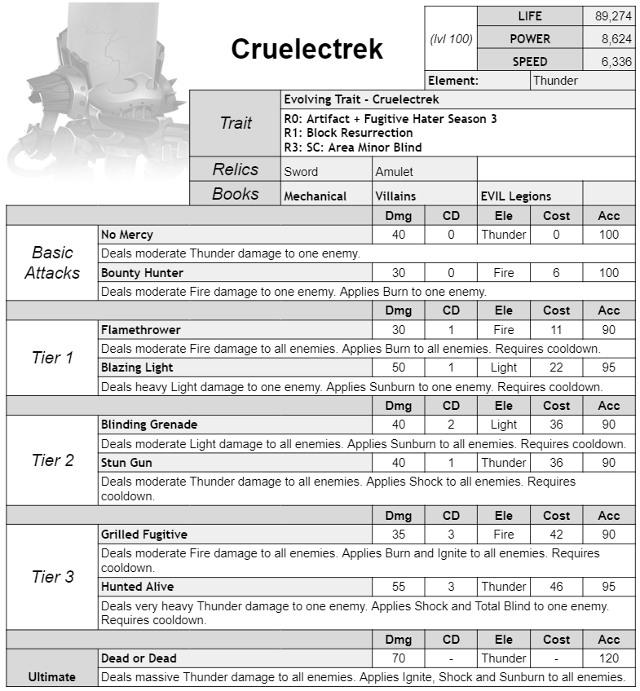