Climbert used to have little climbing competitions against his cousin Thunderkong, but the latter was so lazy that Climbert quickly got tired and went up the mountains looking for new fun. One day, at the top of a mountain, he found what looked like a frozen artifact. It was big and bulky, and it took him some time to get it working, but when he turned it on, the artifact came alive and introduced itself as Xavipit.

Xavipit told Climbert that he had been repairing a machine for a tribe of miner dwarves and on his way down the mountains, he’d got lost. Climbert invited Xavipit to stay with him until he had recovered from the cold and a great friendship was born! They don’t see each other that much these days, but Climbert still helps Xavipit with deliveries and repairs from time to time. 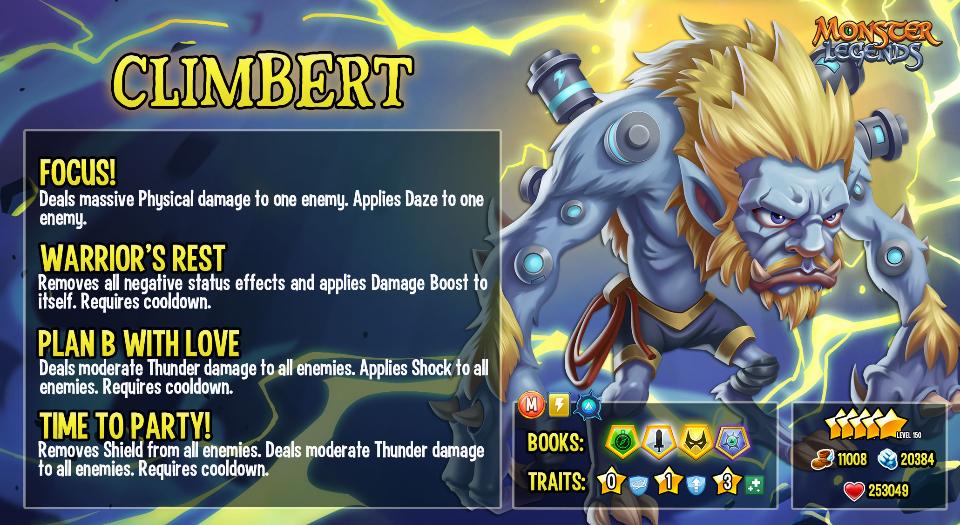 Climbert is a Thunder Attacker with Control Immunity who can lose negative effects and gain Damage Boost in one go, break enemies' Shields, or apply Shock. With one of his skills, he can deal damage and apply Daze to an enemy at 0 Stamina cost and without a cooldown! Climbert has an Evolving Trait: At rank 0, he's Immune to Control, at rank 1 he becomes Super Attuned, and at rank 3 he becomes a Status Caster, gaining Regeneration at the start of every battle. 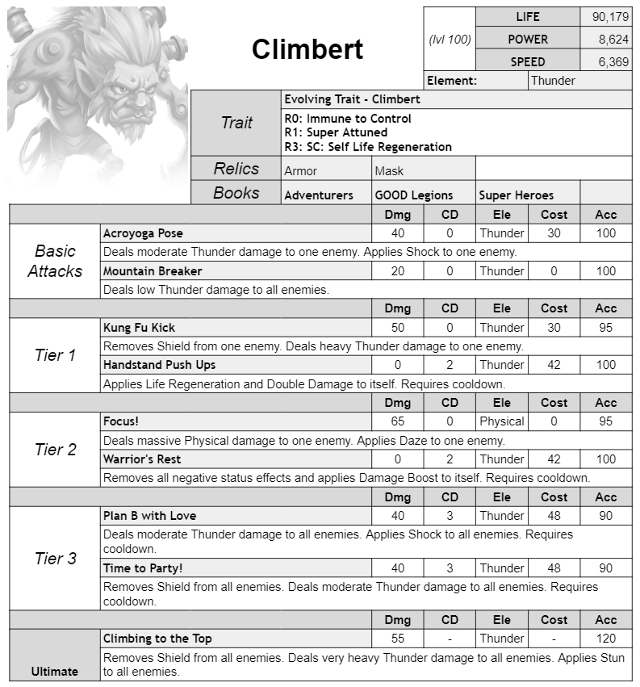