Jaakuna Hi has lived for many centuries in the Eastern Region and met many of its leaders. For many years, the Regions had been ruled by a Council of elders, but Jaakuna despised that democratic system. He missed the old times, when there was an Emperor who ruled with an iron fist.

For this reason, when he met Wangzhou and learned that he aspired to become a dark Emperor like the ones that ruled in ancient times, Jaakuna Hi immediately offered his support and knowledge to him. Then, Wangzhou convinced Fayemalice to Corrupt him and, after that, Jaakuna Hi's loyalty to who was now called Yaoguai Wangzhou was unswerving. 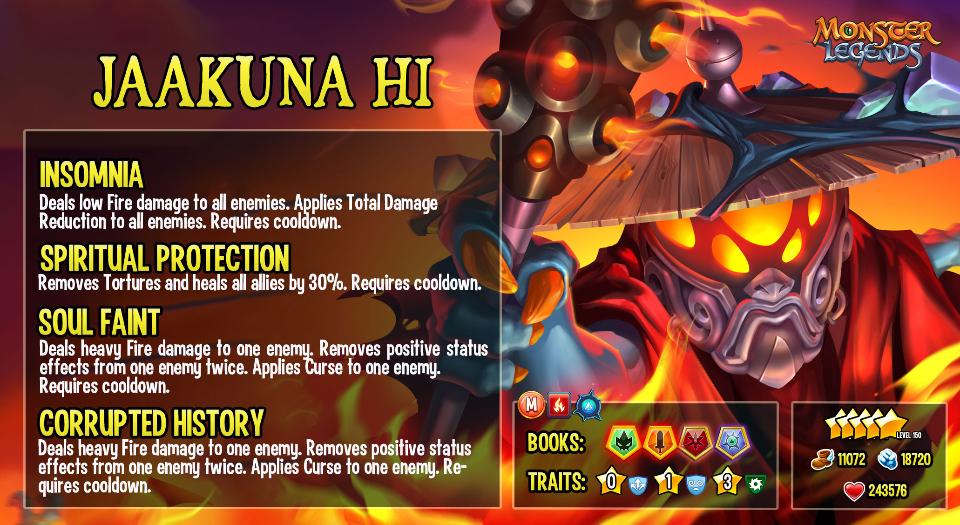 Jaakuna Hi is a Fire Support monster with Area-Dodge as a Trait. He can apply Curse or Shock, which he does as he removes positive effects. He has an Evolving Trait: at rank 0, he has Area Dodge, at rank 1, he becomes Immune to Possession and, at rank 3, he gains Immunity to Torture at the start of every battle. 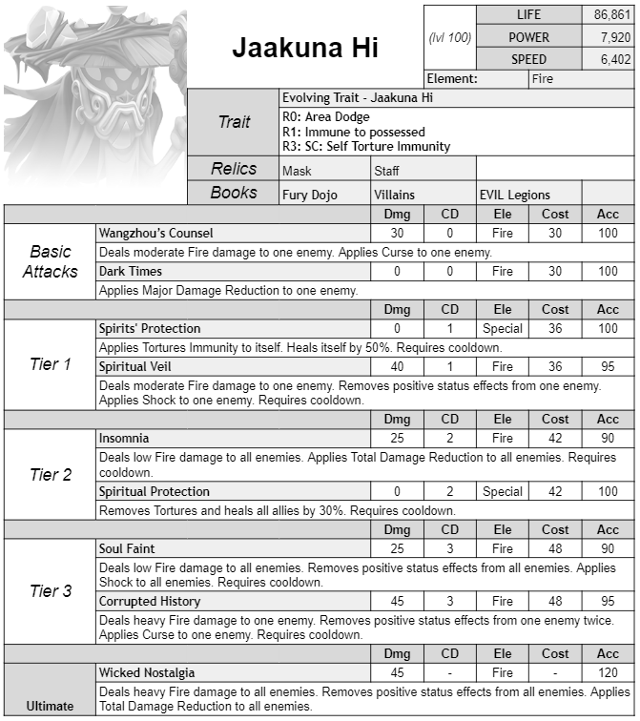