It is said that ninjas are all about discipline. That's probably the reason Kurai Kage has been an outcast for most of his life. He fights only with the worst intentions. The more chaotic the situation, the more he enjoys it. He's been in several armies, but he never lasts too long. When the blood runs dry, he gets bored and moves on to serve a new leader. His latest boss is Yaoguai Wangzhou, the newly self-proclaimed Emperor of the Eastern Regions.

Yaoguai Wangzhou managed to convince Fayemalice to Corrupt Kurai Kage and, after his transformation, blood tastes better than ever to him. He feels so good he might even stay under his new boss and Emperor's orders a bit longer than usual. 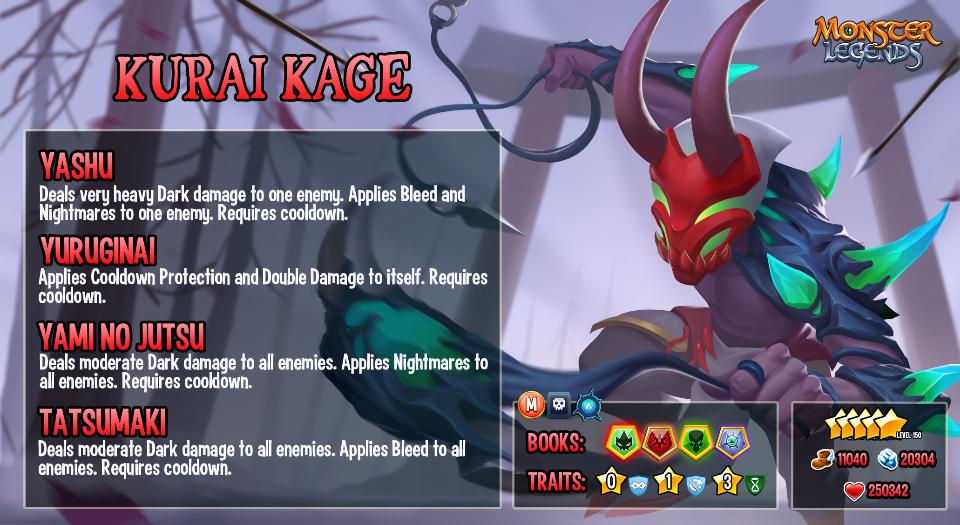 Kurai Kage is a Dark Attacker with Anticipation as a Trait. He can apply Bleed and Nightmares to enemies or Double Damage and Cooldown Protection to himself. Kurai Kage has an Evolving Trait: at rank 0 he has Anticipation, at rank 1 he blocks Resurrections on the battlefield and, at rank 3, he becomes a Status Caster, gaining Cooldown Protection at the start of every battle. 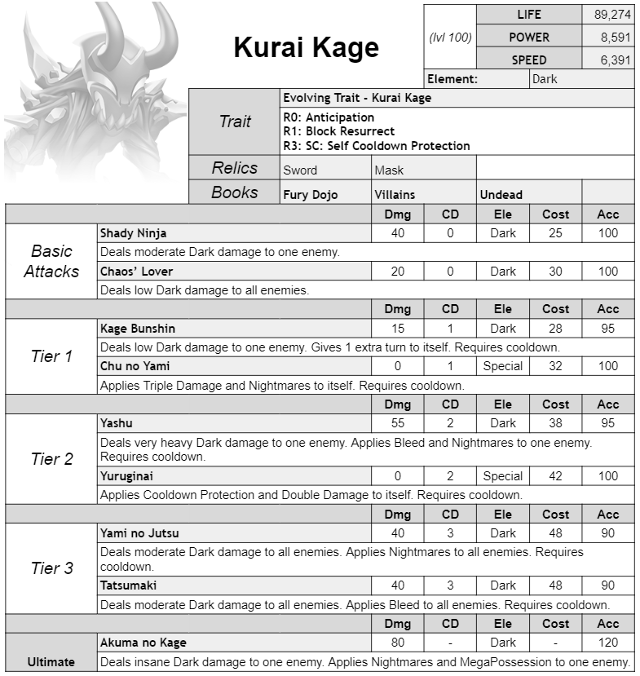