As a young kid, Stungum had a passion for gumballs. He chewed and chewed all day long. Other young monsters made fun of him, but Stungum didn't let their comments get to him. However, there's one thing about bullies: They don't like to be ignored and won't stop until they’re heard.

One day, Stungum was buying a gumball from his favorite machine but it seemed to be stuck, no matter how much he turned the handle. While he was struggling, he heard laughter from behind the machine. The bullies had messed with its wires to jam it. No one really knows what happened next but, in the blink of an eye, there was a short circuit and Stungum had been devoured by the machine and was now a part of it. The bullies rolled on the floor laughing but the minute Stungum took control of his new body, they ran!

Now Stungum is a bit of a hero who uses his mechanical body and unique powers to defend other oppressed young monsters from bullies like the ones he managed to fight off! 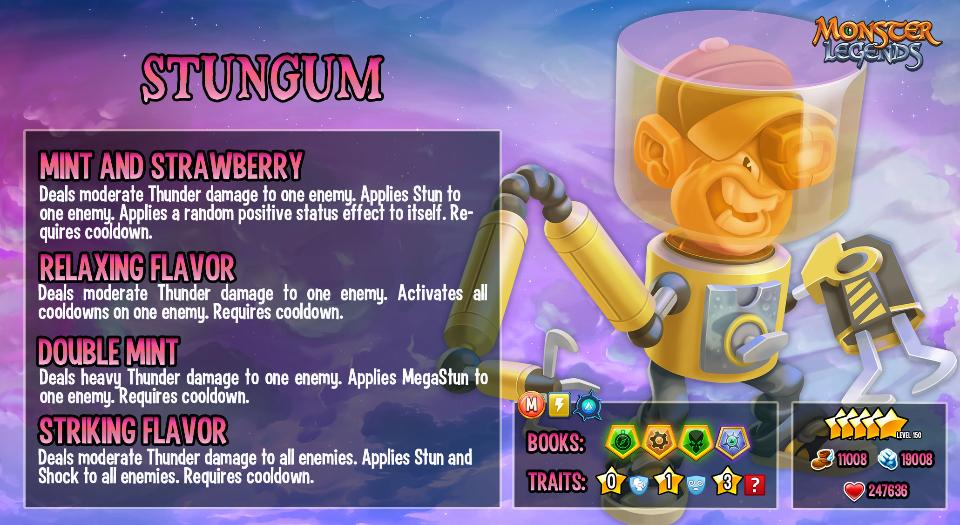 Stungum is a Thunder Controller with Stun and Cooldown Activation skills. He can apply Stun and Shock to all enemies, or MegaStun to one enemy, amongst other skills. Stungum has an Evolving Trait: at rank 0 he's Hardened, at rank 1 he becomes Immune to Possession and at rank 3, he becomes a Status Caster, applying a random negative effect to all enemies at the start of every battle. 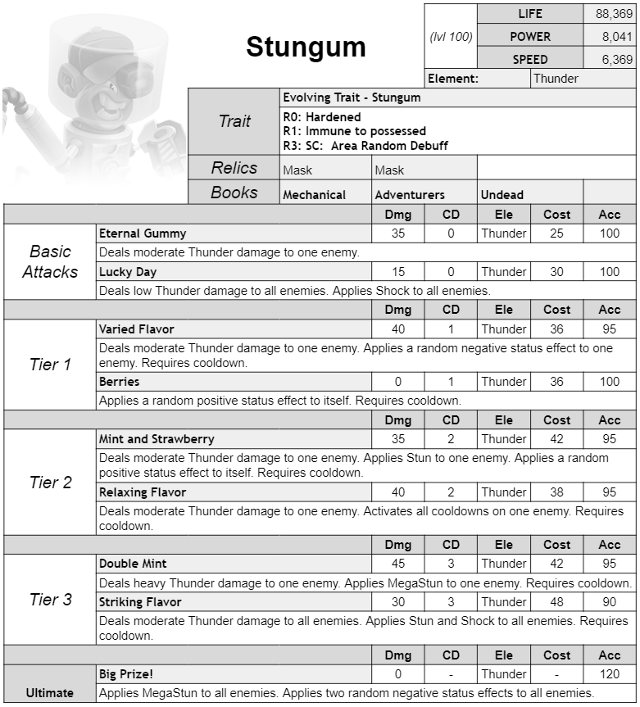