Wangzhou had always been very different from the rest of the Terracotta Warriors. In an army where every soldier looks and behaves in the same way, he wanted to stand out rather than blend in. Instead of duty and loyalty, it was glory that mattered to him.

In her visit to the Eastern Region, Fayemalice had noticed Wangzhou's thirst for power. She also realized that, whatever their differences, Wangzhou and the Terracotta Army were one pack, so if she recruited Wangzhou, the rest of the Army would have to follow.

Fayemalice didn't corrupt Wangzhou the first time they met, but she came back for him as soon as she had completed her mission and found The Lord's relic. She corrupted Wangzhou and, in exchange, she made him promise he would put the entire Terracotta Army at The Lord's service. Afterwards, Yaoguai Wangzhou would be free to seek his own glory.

Will he keep his word or will he go his own way the moment he takes control of the army and the Eastern Region? 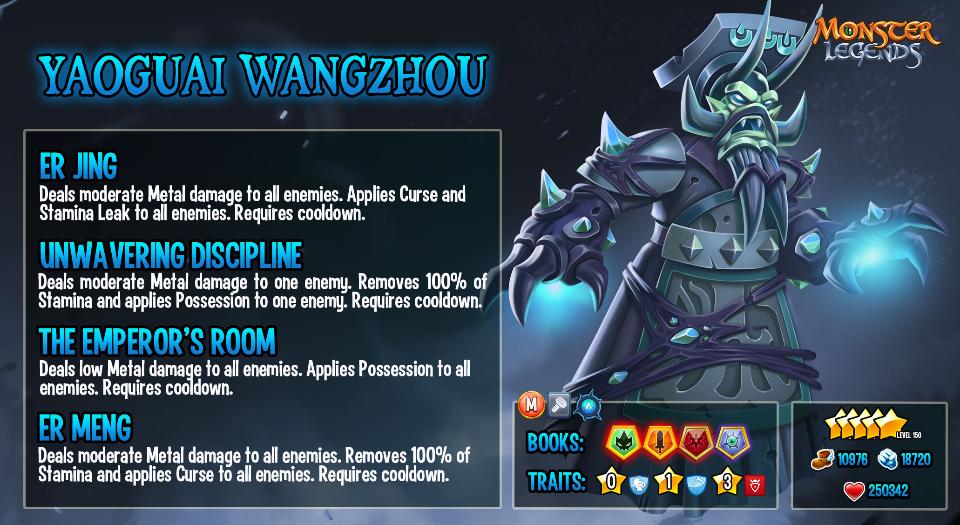 Yaoguai Wangzhou is a Metal Controller with Stamina Removal and Possession skills. He has an Evolving Trait: at rank 0 he's Hardened, at rank 1 he becomes Immune to Sudden Death, and at rank 3 he becomes a Status Caster, applying Stamina Leak to all enemies at the start of the battle. 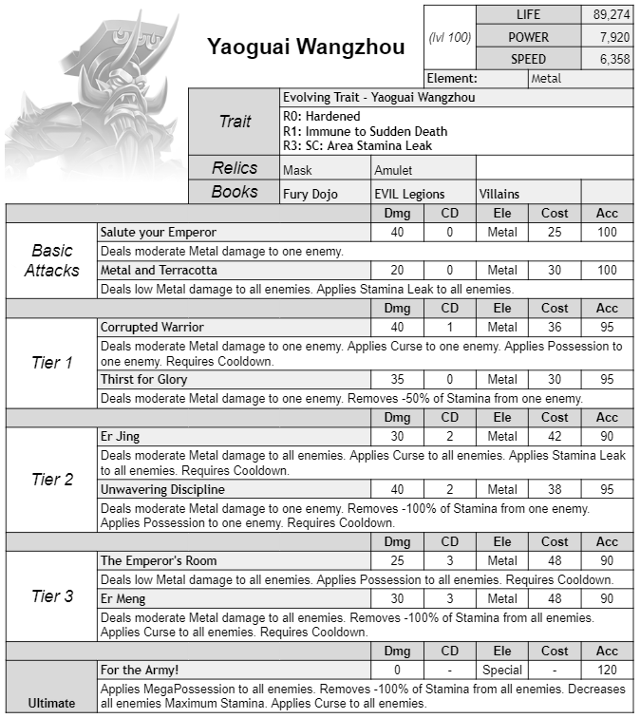