As a bow champion, Spekthra had many admirers but also many haters. One of those haters was Malair, who had unsuccessfully tried to recruit her many times. At one point, he felt humiliated by her refusals and concluded that if she wasn’t part of his team, then she was his enemy. He sent his entire squad of Supervillains to her training center, kidnapped her trainers and family, and tried to kill her. He succeeded only partially, and Spekthra survived as a ghost. To this day, she remains alone in her training center, planning her revenge against the Supervillains so that she can rescue her loved ones. 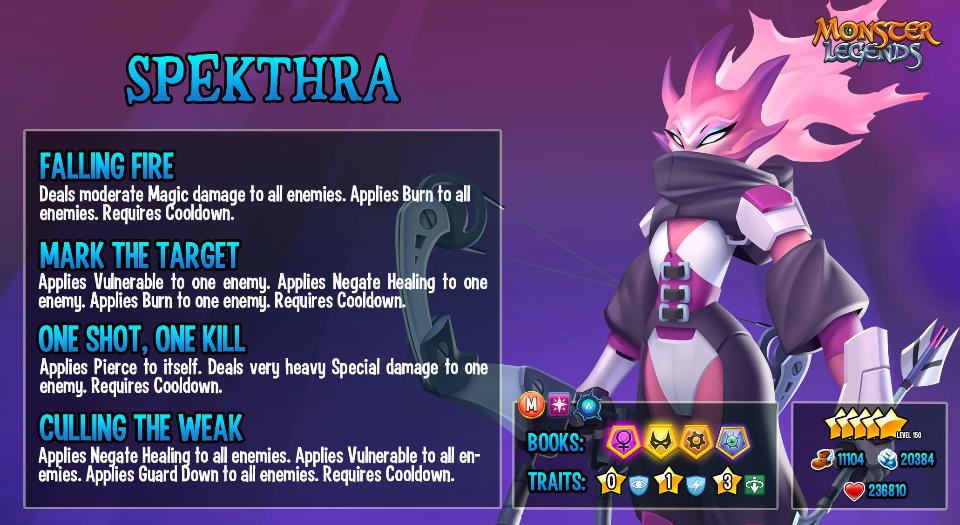 Spekthra is a Magic Attacker with Pierce and Debuff skills, like Negate Healing, Vulnerable, and Guard Down. She has an Evolving Trait: at rank 0, she has True Vision, at rank 1 she becomes Energized and, at rank 3, she becomes a Status Caster, gaining Pierce at the start of every battle. 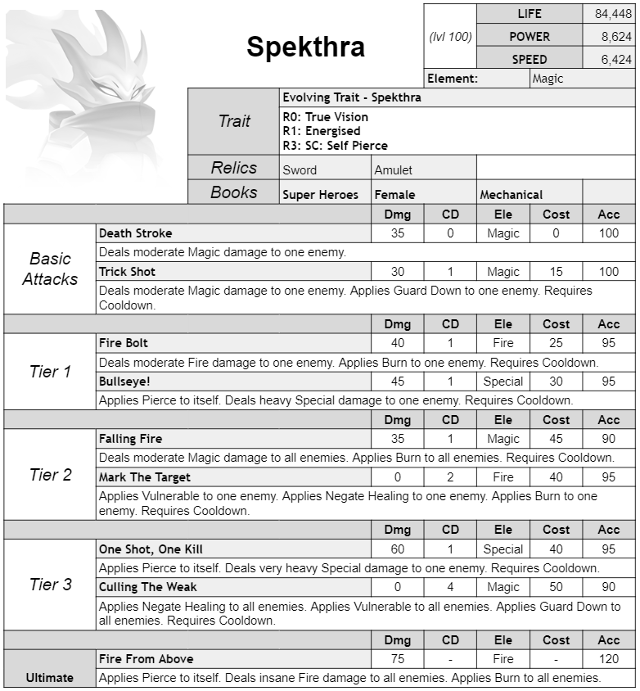