When monsters talk about the Ordo Drakkonis, they usually mean Vishamah and Nahane, and tend to forget about the third member of the institution: Dratis. This particular dragon was a magician, but an awful one. He was so bad, in fact, that once he got hit by a spell he'd cast himself and transformed into a mantis. He was never able to recover his previous body. Instead, he decided to focus his efforts on his physical strength. Without any magic, he could kill enemies in just a few seconds, but being very fragile, Nahane and Vishamah always try to protect him. 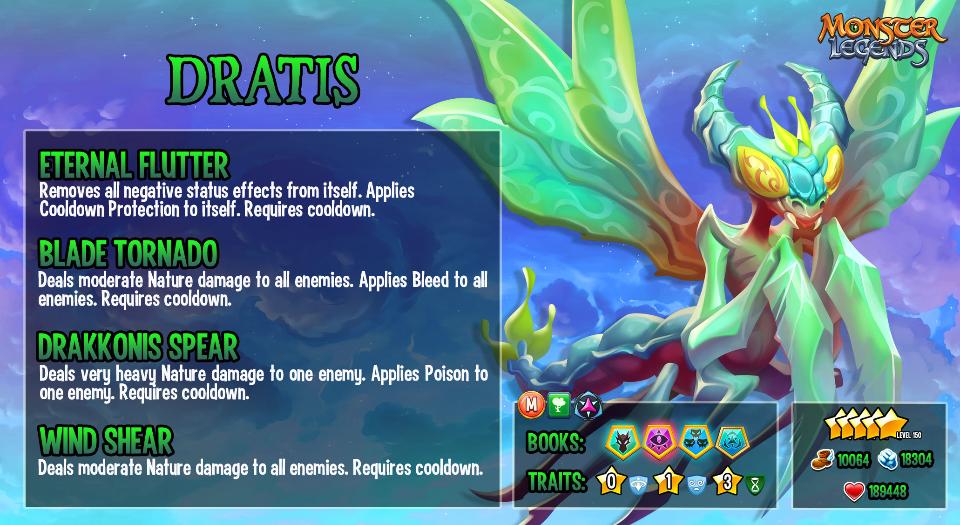 Dratis is a Nature Attacker who can gain boosts and protection or deal high amounts of damage and apply Tortures like Poison or Bleed. He has an Evolving Trait: at rank 0, he has Pierce, at rank 1 he becomes Immune to Possession and, at rank 3, he'll gain Cooldown Protection at the start of every battle. 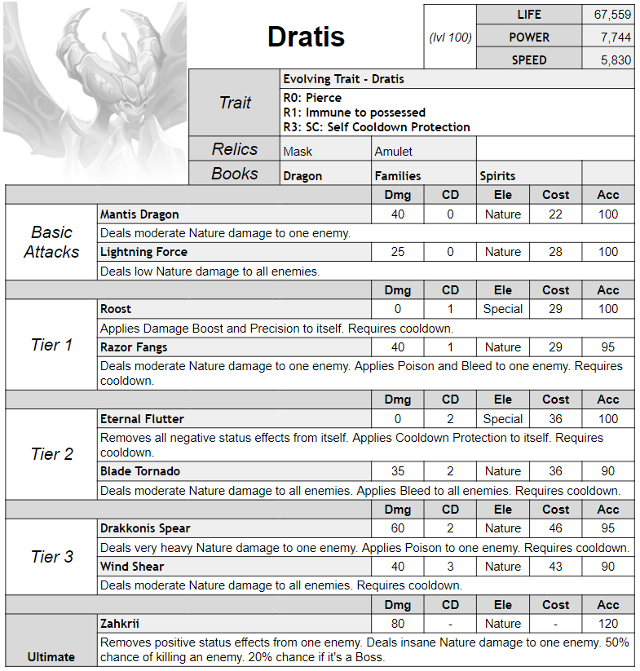