Zodiac monsters have a very special connection with Cosmic energy. Virtue, Bright, Mystery, and Passion have worked with it only to guide the waves of Stardust into the different areas of the Monster Legends universe. Ophiuchus, however, has chosen to guide those waves towards himself.

Millenniums ago, he tried to play with destiny and the gods punished and demoted him to a second-class Zodiac monster. So, has he committed a new crime against destiny? Only possibly. Ophiuchus read the signs and, under his interpretation, the explosion of the Distant Star happened so that he could rise again as Ophiuchus the Zodiac. 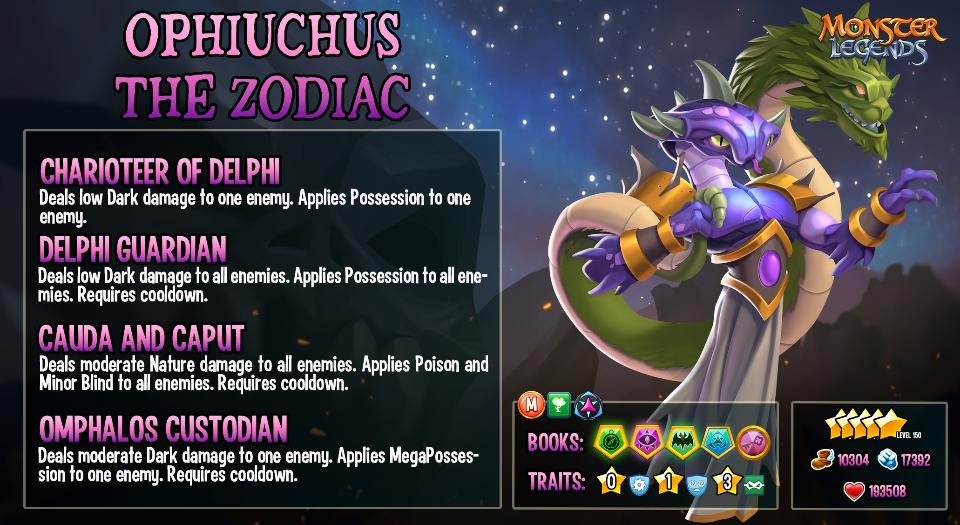 Ophiuchus the Zodiac is a Nature Controller with Possession and MegaPossession skills, He has an Evolving Trait: at rank 0, he's Immune to Torture, at rank 1, he becomes Immune to Possession too and, at rank 3, he'll gain Anticipation at the start of every battle. 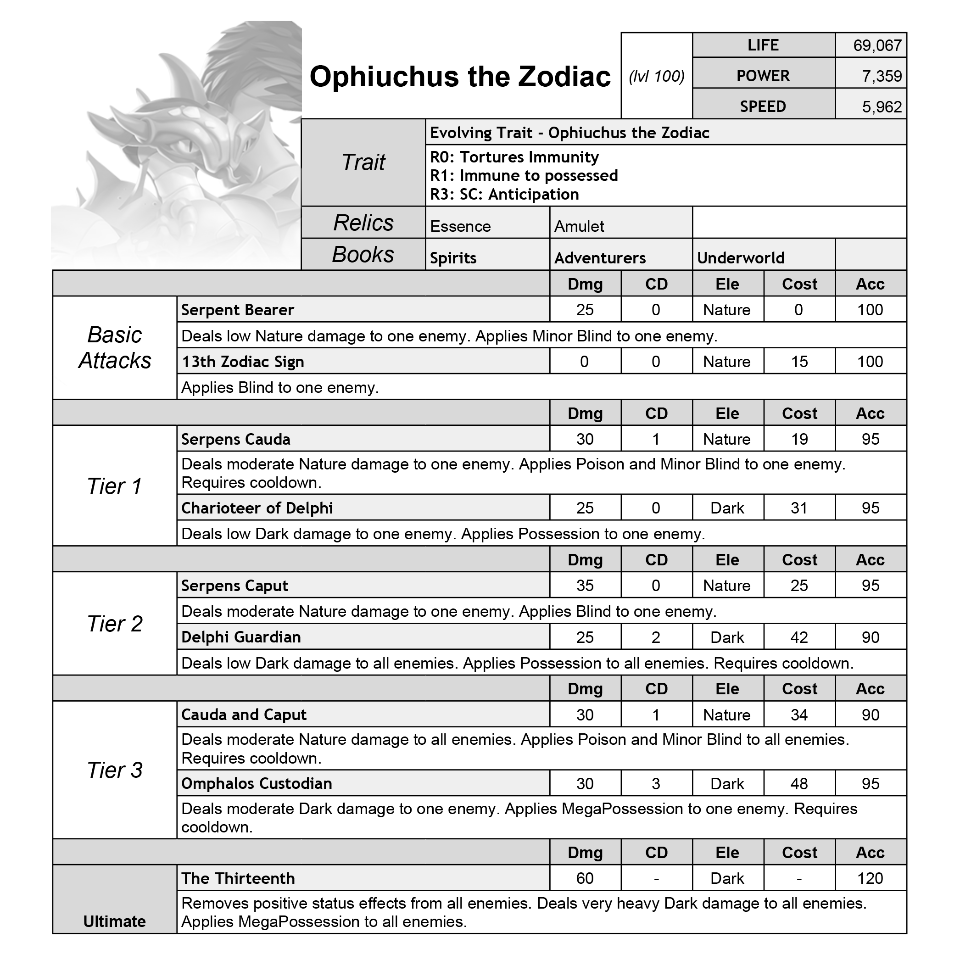