It was a lovely winter morning. Snow had covered the free lands of Monster Legends and everyone built snowmen and decorated trees. A little baby monster was looking for sticks to make her snowman’s arms when she saw something blue and shiny.

“Dad, what’s that?”, she asked, dragging her father towards the object.

“I don’t know, baby, but Dr. Viktor lives nearby and it may be a residue from his Lab. Better not to touch it.”, he replied.

He left his daughter behind and continued to look for sticks, but she didn’t move away from the shiny blue thing. It was hypnotizing.

“I’m sure it’s okay to pick it up. I have thick gloves”, thought the smart little monster to herself.

She took the object in her hands. It was some sort of magic rock. She thought it would look fantastic as a tree ornament, looked around, and found the perfect tree to put it on. It was already decorated and she felt like she'd just found the perfect final touch.

She approached it, stood on her tiptoes, and placed it, but as she backed away to get a good view of it, she heard her father go “Careful!!”. She had to run as fast as she could. That wasn’t a Christmas tree, it was in fact a monster, Firus. She had mistakenly woken it up and given it Cosmic powers! 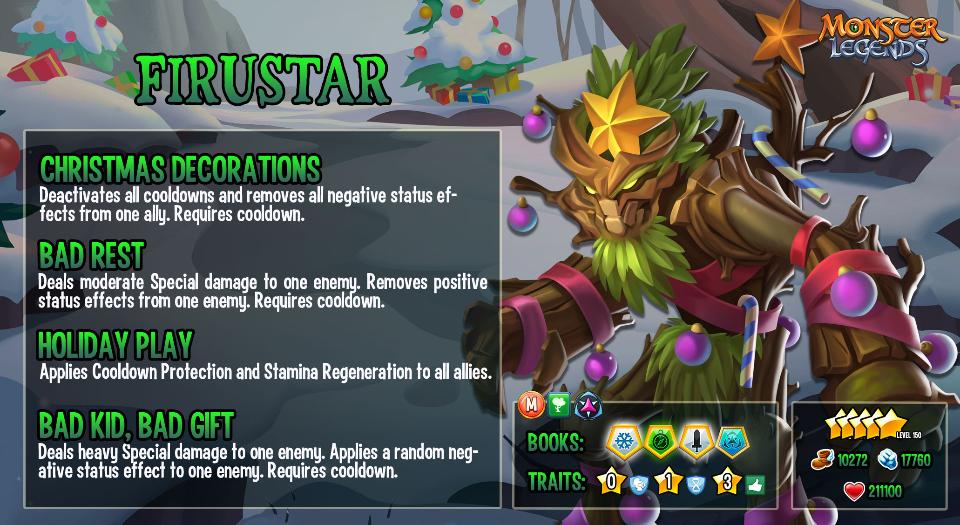 Firustar is a Nature Support monster with Cooldown Protection and Restoration who likes to play with status effects, both giving them and taking them away. Firustar has an Evolving Trait: at rank 0, he's Tough, at rank 1, he becomes Immune to Cooldown Activation and, at rank 3, he protects his positive status effects at the start of the battle. 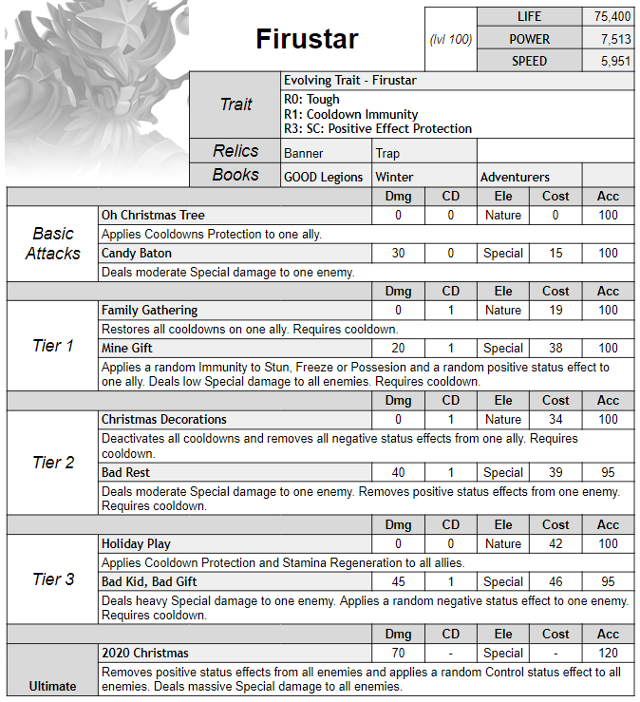