When the cosmic explosion took place, it caused tides that shook the ocean like never before. It sank countless boats, but it also pulled long-forgotten shipwrecks from the bottom of the ocean in whirlpools of seaweed, creatures and debris alike.

Calamedic, who had a kind heart and was around the area helping old Soap Sam with his errands, ran to assist all the wounded subaquatic monsters with his healing powers, but he got caught in the middle of a water tornado. He had to hold onto the first thing at reach that emerged from a sunk exploration ship: an old diving suit completely corroded by decades exposed to the harsh conditions at the bed of the ocean. Alas, it wasn’t enough to stop the spinning. He got hit on the head by a broken mast, and everything went dark. He thought he wouldn’t make it, but then he saw a light. He grabbed it and held it so hard that it was absorbed by his porous body, all while grabbing the diving suit with three of his other legs.

That light was a big chunk of Stardust that had fallen from the sky. It had created a synergy between him and the suit. Filled with Cosmic energy, Calamedic anchored the suit onto the seabed and was finally able to stop.
After some time, he arrived at the shore. He crawled out of the water and what he saw broke all of his three hearts. He’d arrived in what seemed like the aftermath of an apocalypse – Wastelands. 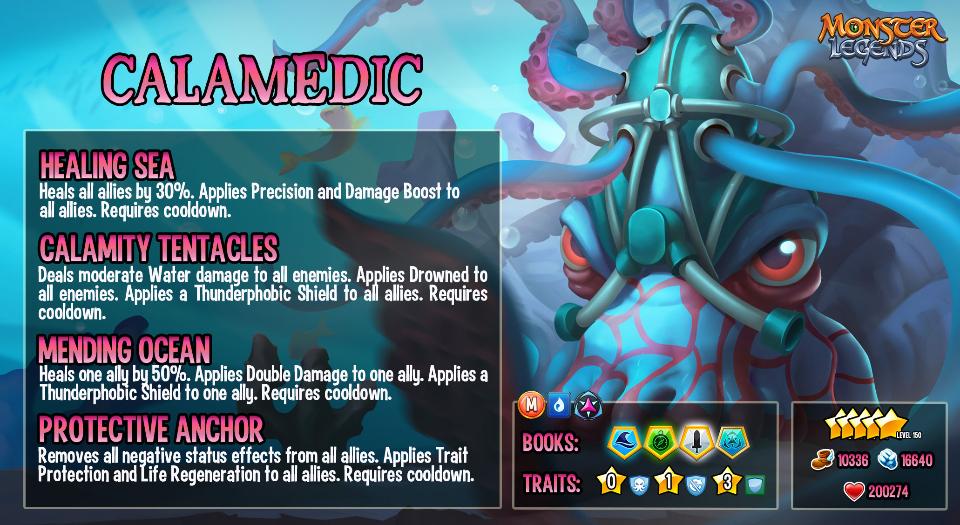 Calamedic is a Water Support monster with Healing, Trait Protection, and Damage Boost skills. His skills also include Thunderphobic Shields, Life Regeneration, and Precision. Calamedic has an Evolving Trait: at rank 0, he's an Abomination, at rank 1, he'll Block Resurrections and, at rank 3, he protects his own Trait at the start of every battle. 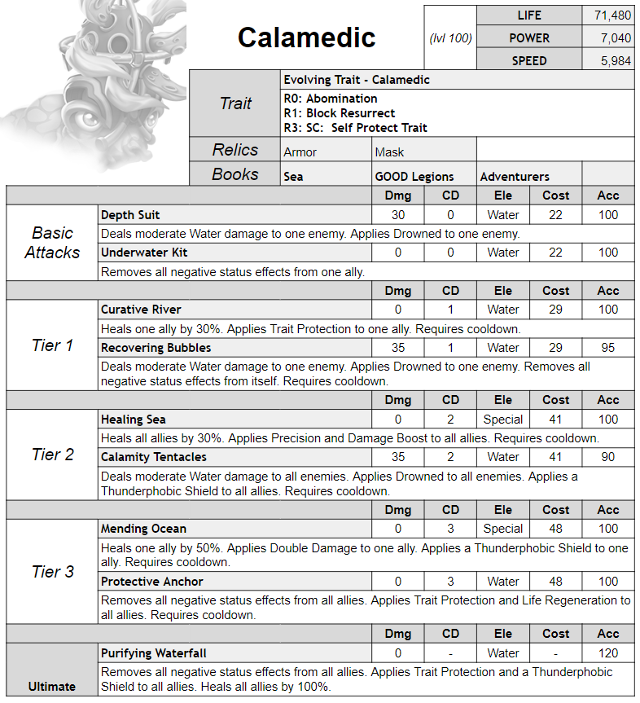