The Hall of Dragons is home to the statues that pay tribute to the most important dragons in the millenary history of the Monster Legends Universe. The Cosmic energy wave has breathed life into one of its monuments: the one dedicated to Targon. Targon was a ferocious dragon centuries ago. He fought countless battles and destroyed numerous ancient cities. Now, it would be fair to say that he isn’t happy to be back from his well deserved eternal rest. He’s actually furious. How does the universe dare to wake him up! 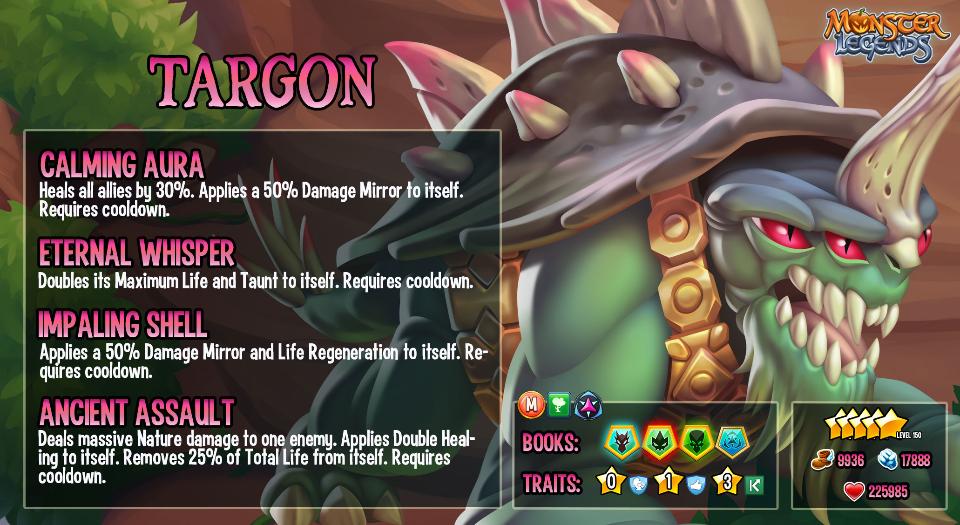 Targon is a Nature Tank with Damage Mirrors and Healing skills such as Double Healing, Double Life, or Life Regeneration. He has an Evolving Trait: at rank 0, he's Tough, at rank 1, he protects his positive effects and, at rank 3, he gains Life Regeneration at the start of every battle. 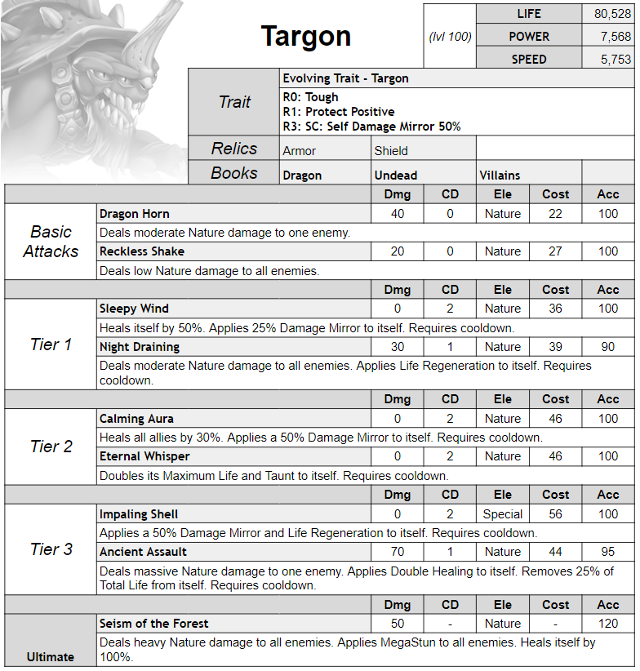