Young Noahrian wanted to become a hero – badly. He was from the same village as Gregorz of Lyria and there was nothing he wanted more than to be the next big adventurer and impress his neighbors. He spent his days reading legends and myths, and practicing moves in the mirror.

On a dark night, like any other, while he was playing with his wooden sword, a blue light flashed from outside through the window behind him. When he turned around, he was blinded by it. He closed his eyes and felt a heat spreading over every inch of his body. When he opened his eyes again, his sword was no longer made of wood, but of white steel. Even he himself looked different. He stared into the mirror for a while and, after some contemplation, he whispered to himself “Noahgnarok”.

He looked outside the window again, trying to figure out what had happened but the light had died down. All he could see was a beautiful starry night and a strange yet magical blue glitter raining down in slow motion. 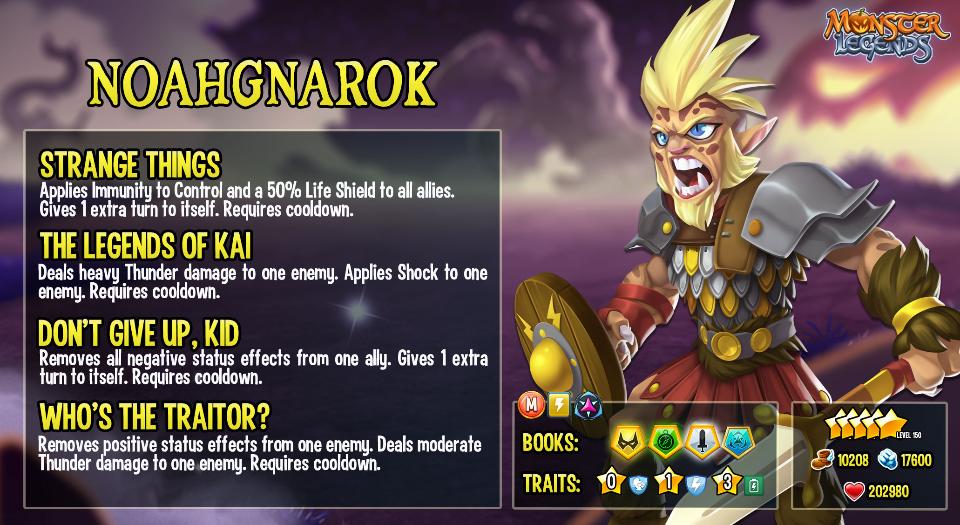 Noahgnarok is an Extra-Turner and Support monster who can protect allies with Shields, Immunity to Control and negative effect removals. He can also remove positive effects, damage, and apply Shock to enemies. Noahgnarok has an Evolving Trait: at rank 0, he's Tough, at rank 1, he gains Immunity to Shock and, at rank 3, he becomes a Status Caster, doubling his Maximum Stamina at the start of the battle. 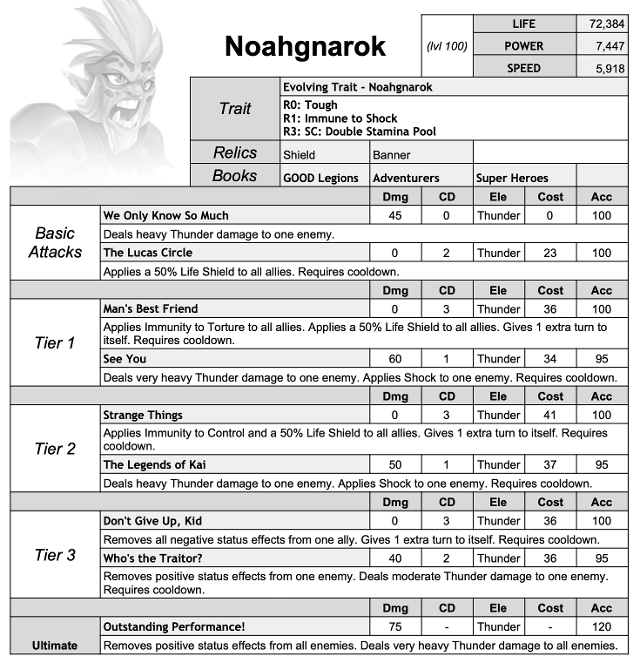