This Cosmic bug was once a simple cricket with a curiosity too big for his own body. Tired of living in other monster’s backyards, he went on an adventure to the North region. When he got there, he saw the distant Cosmic Star sailing through the sky and decided to follow it. He pushed himself to follow the star much further than he should have and at one point, he was too cold to continue. He was on the verge of freezing to death when the star exploded and covered him with Stardust. At that very moment, he was revived and felt that ice and cold were no longer his enemies, but his best allies. 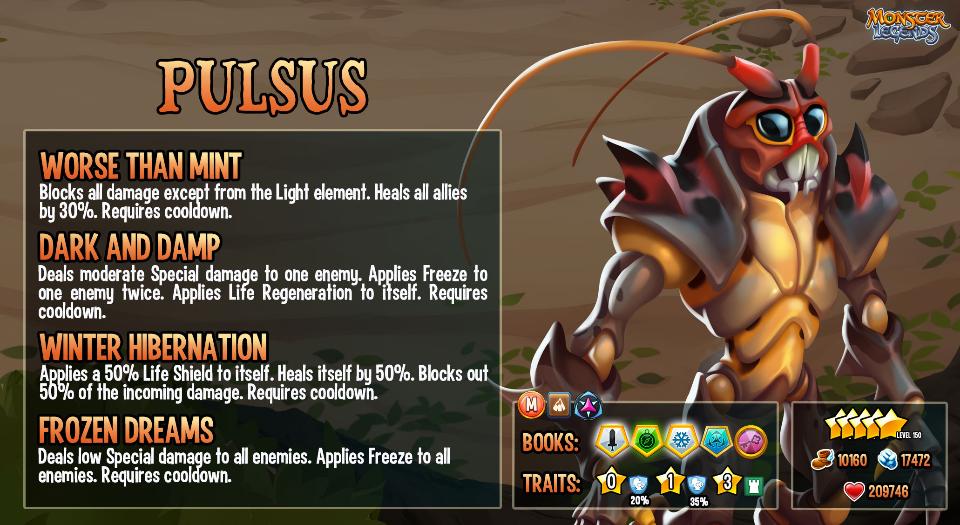 Pulsus is an Earth Controller with Freeze and high resistance skills. He can Freeze all enemies or apply Freeze twice to one enemy and gain Regeneration. This monster is very durable and can protect himself in many ways thanks to his different Shields and Healings. With another one of his skills, he can also heal allies by 30%. Pulsus has an Evolving Trait: at rank 0, he's Hardened, at rank 1, he becomes Tough and, at rank 3, he becomes a Status Caster, gaining a 50% Damage Protection at the start of the battle. 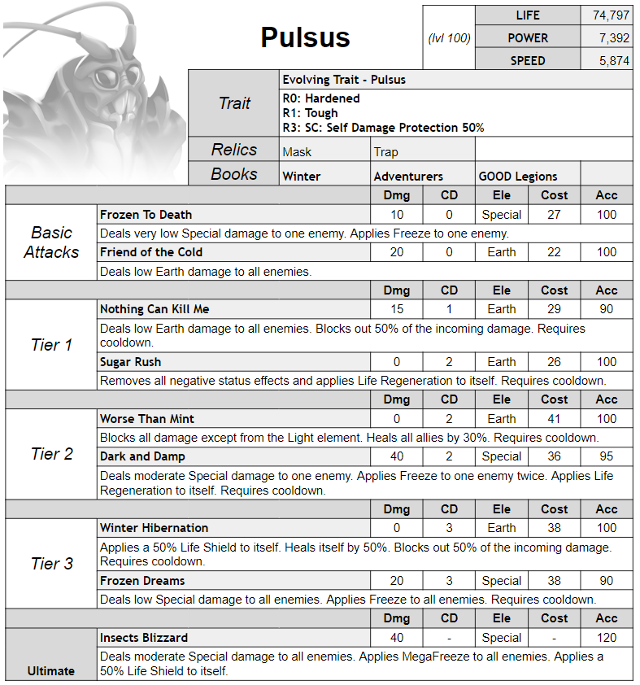