Kaguya is on a mission of military espionage. He’s infiltrated the samurai community by disguising himself as one of them. Now, his goal is to learn all their battle tactics and secrets to then take all their wisdom back to his alien civilization at the other side of the Cosmic portal, train his fellow soldiers and crush enemy civilizations from neighboring galaxies. 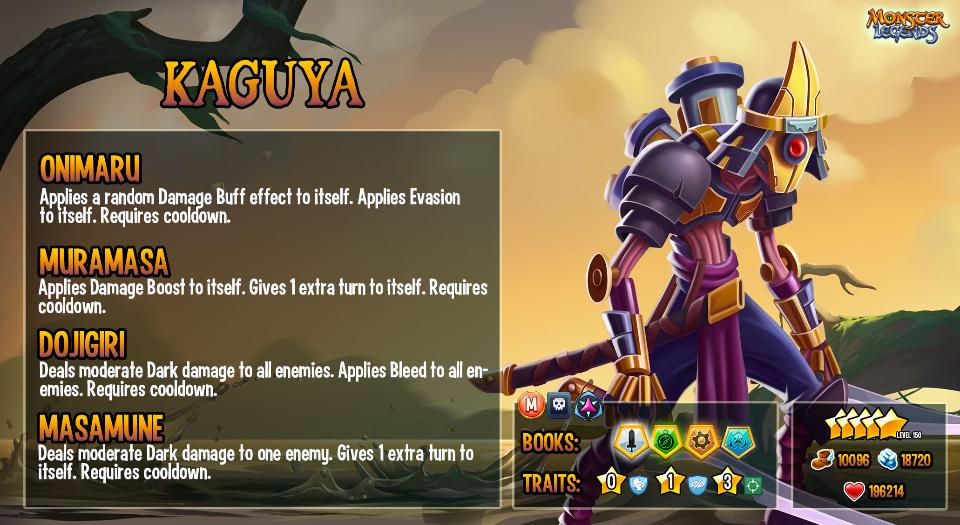 Kaguya is a Dark Attacker with Extra Turn skills. He also has the ability to boost the damage he causes! Not only that, but he can apply Random Damage Buff and Evasion. Plus he can deal Damage to one enemy and still get an extra turn! Or he can deal Damage and apply Bleeding to every single enemy! To top it off, Kaguya has an Evolving Trait: at rank 0, he's Hardened, he replaces this trait with Blind Immunity at rank 1 and, at rank 3, with Self Precision. 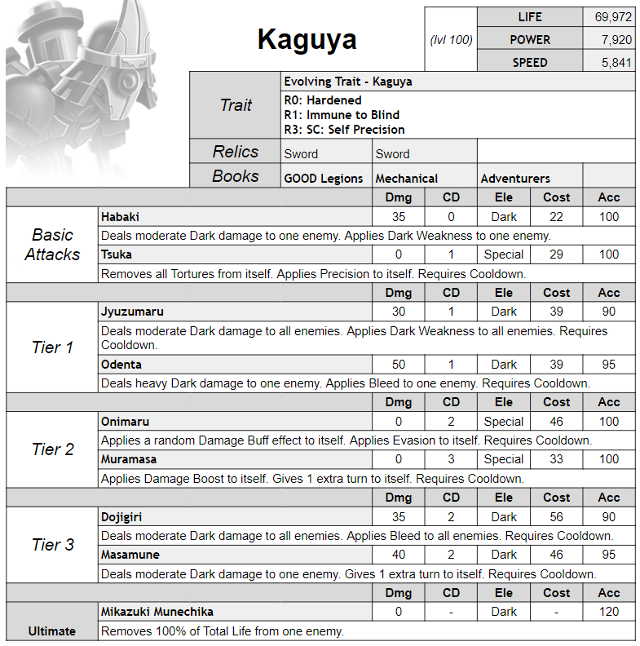