Rockilla is an icon. He was the first Earth monster and no master can start their journey without him. However, after years of seeing how every newcomer in Monster Legends out-powered him, he made it his mission to upgrade himself and teach them all a lesson. When the Cosmic rain started, Rockilla collected all the Stardust he could find and hid it inside his habitat.

What Rockilla hadn’t realized is that someone had decided to steal his idea. One night, when he was sleeping, Thunder Eagle flew to his Earth Habitat, grabbed all his Stardust and flew away with it. Rockilla ran after her and broke into her Thunder Habitat to take back what was his. He pulled the batch of Stardust off Thunder Eagle’s claws and swallowed it whole on the spot so that she wouldn’t be able to take it away from him again. But the effects of Stardust are unpredictable and, because he was inside the Thunder Habitat when he took his power boost, Rockilla didn’t become Cosmic Rockilla, but Cosmic Thunderkong! 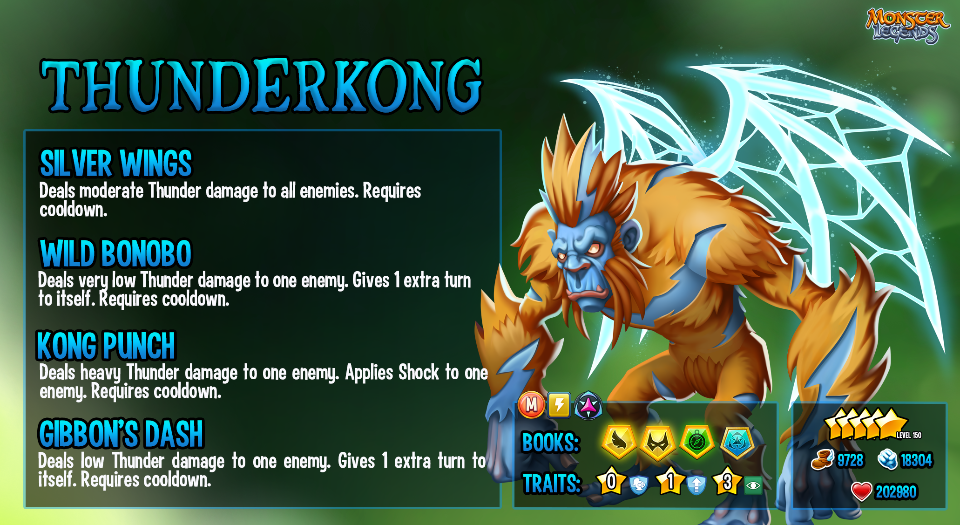 Thunderkong is a Thunder Attacker with Extra Turn skills. His abilities also include Shock, Damage Boost, and True Vision. He has an Evolving Trait: at rank 0, he's Hardened, at rank 1, he becomes Super Attuned and, at rank 3, he gains True Vision at the start of every battle. 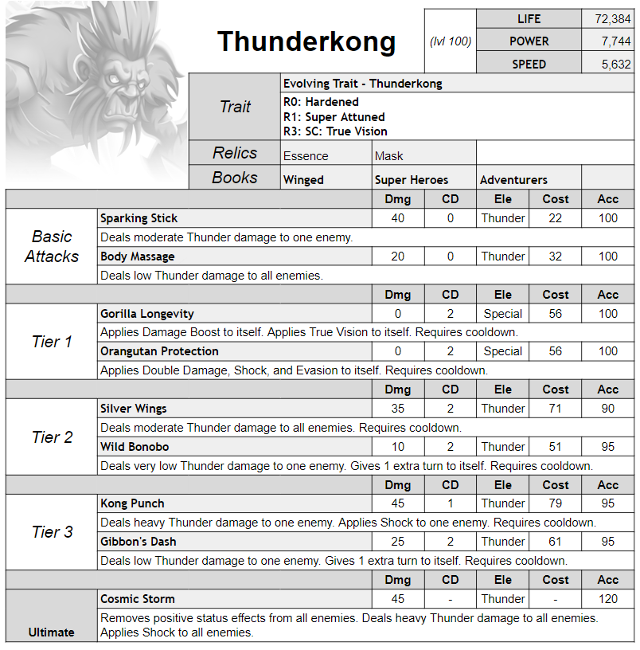