The crowd is restless and waiting to hear the Music Festival Dragons play! But it appears they got locked in their dressing rooms while getting ready. Appease the crowd and rally the performers to make their most awesome concert yet!
Go on tour and travel to cities all over the world and gain followers with every performance to top the charts!

From August 8th until August 20th, collect your music festival dragons and go on a world tour with them to gain amazing rewards! Also, gain as many Followers as possible by participating in the following events:
NOTE: the higher the number of FOLLOWERS you've obtained, the better the rewards you will receive. (Once you reach a followers milestone, you will receive the reward within the next login to the game )

Dates: 8 - 19 August (11 days - Maze Island)
Objectives: Get the dragons that are needed for the World Tour Quests! Also, a place to gain some followers.
New Dragons to claim: 4 NEW Dragons!

Dates: 9 - 19 August
Objective: The main rewards is... Followers!
Cities: We will be traveling to London, Barcelona, New York, L.A., Rio de Janeiro, Sydney, Dubai, Tokyo and Paris! 10 cities, 1 per day. So every 24 hours, a new city!
Requirements: these World Tour Quests will always require at least 1 dragon from the Music Festival Event.

Where can you gain Followers?

Follower decorations can be obtained by completing certain actions in the game, for example, Quest battles, opening chests of the Music Festival island, etc.
3 different types of Followers decorations: 500K, 1M, 10M Followers deco.
Remember that the higher the number of FOLLOWERS you've obtained, the better the rewards you will receive (once you reach a Followers Milestone, you will receive the reward within the next login to the game!)
You will be able to gain Followers in many different areas of the game: 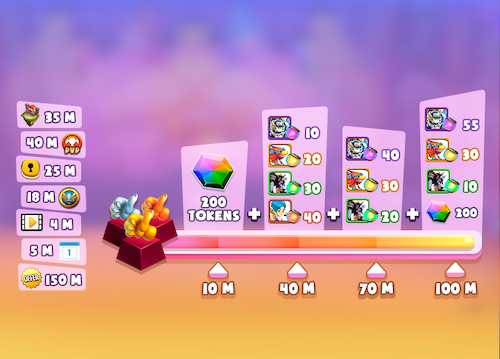 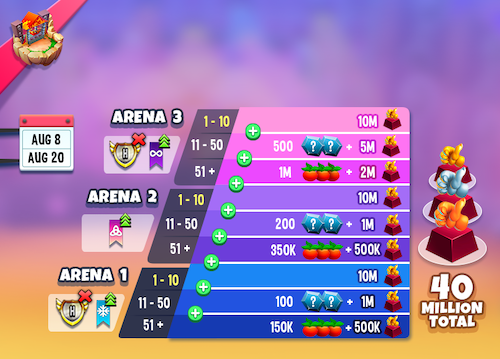